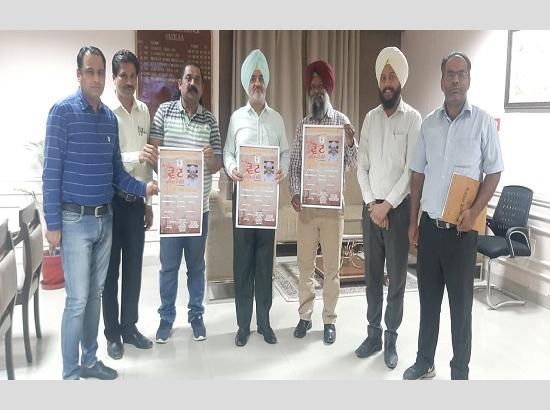 Meanwhile, the Deputy Commissioner said that this special song has been prepared under Systematic Voter Education and Electoral Participation (SVEEP) to inspire first time voters, senior citizen and disable persons besides appraising them about facilities being provided by the Election Commission of India. He further said that although, the district administration is sensitizing people, school/college students, senior citizens and person with disabilities about ethical voting, facilities at polling booths, voting rights through various modes of communication and seminars, but to infuse the election spirit permanently in them and to directly connect with them, the initiative of song equipped with heritage instruments, has been prepared. He said that the song focused on the importance of the vote and voters besides highlighting the facilities being provided by the ECI to the voters.

He expressed hope that this song will definitely appeal to the people and they will actively participate in the election process. The Deputy Commissioner appealed people to come forward to vote and motivate their relatives too.

This song has been prepared under the able guidance of District Electoral Officer-cum-Deputy Commissioner Mr. Manpreet Singh, authored by Pammi Singh Paramjit, sung by folk singer Ved Hans and K. Simran, while composed by Musician Harsh Juneja and filmed by Director Gagan. This song, which has been released on all social media platforms such as Facebook, WhatsApp and YouTube etc., will be showcased through voter awareness van in the district