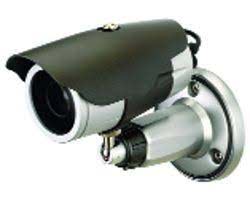 Jalandhar, July 2- The Deputy Commissioner of Police (DCP) Balkar Singh has ordered the installation of closed-circuit television cameras in all the parking lots falling in the jurisdiction of Police Commissionerate.

Exercising the powers vested under Section 144, Code of Criminal Procedure, 1973, Deputy Commissioner of Police said that the contractors of parking lots in the railway station, bus stands, religious places, hospitals and malls will install the high-definition cameras inside and outside the parking lots. He said that the owners must submit the CCTV recording of 45-days to the security branch of the commissionerate police in CD format.

He said that the parking lot contractors will also keep the record about credentials of those who will park the vehicle for more than one-day, including name, mobile number or ID, details of vehicles, RC number, Chasis and Engine number, Date of parking the vehicle and date when the vehicle was taken back.

Singh also said that if a driver wanted to park his/her vehicle for more than 24 hours, he/she should be made to provide a copy of the driving license and the registration of the vehicle with address details.

Apart from this, he also directed the contractors to mandatory ensure the police verification of the workers at parking lots.

Deputy Commissioner of Police has banned any type of procession, carrying of firearms in procession, gathering of five or more persons and raising slogans in the jurisdiction of Commissionerate police.

He also ordered the owners of all marriage places, hotels and banquet halls to install CCTV cameras in their premises for the maintenance of law and order falling in the jurisdiction of Commissionerate Police.

In another order, DCP has also directed that all villages falling under Commissionerate police’s jurisdiction should hold night Thikri Pehras (night patrol) from 8 pm to 5 pm in their villages. He asked the panchayats to inform SHOs of their areas regarding the details of persons who will part of ‘Thikri Pehra’ teams.

He said that the orders would be in force till September 2, 2020.