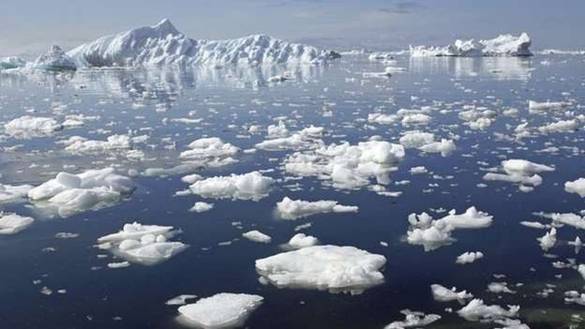 CHANDIGARH–The National Centre of Polar and Ocean Research(NCPOR) has found a dramatic decline in the Arctic sea ice due to global warming. The decline of sea ice has led to a localized increase in evaporation, air humidity, cloud cover, and rainfall. Arctic sea ice is a sensitive indicator of climate change and has strong retaliatory effects on other components of the climate system.
In its observations, NCPOR has noted that the largest decline in Arctic sea ice in the past 41 years happened in July 2019. In the last 40 years (1979-2018), the sea ice has been declining at a
rate of ‘-4.7 per cent’ per decade, while its rate was found to be ‘-13 per cent’ in July 2019. If this trend continues, there would be no ice left in the Arctic sea by 2050, which would be dangerous for
humanity and the entire environment.
With the help of satellite data collected from 1979 to 2019, NCPOR has tried to understand the rate of surface warming and the changes in global atmospheric circulation. The study has also
pointed out that the decrease of the Arctic sea ice area and the increase in the duration of summer and autumn seasons have affected the local weather and climate over the Arctic Ocean and its marginal
seas. Being a sensitive indicator of climate change, the loss of ice cover in the Arctic sea has had strong feedback effects on other components of the climate system such as prevention or reduction of
heat and momentum, water vapour, and other material exchange between the atmosphere and the sea. The worrying element to note is that the volume of ice formation during winters is unable to keep pace with the volume of ice loss during summers.
“In the background of the global warming scenario, the study reveals that global ocean-atmospheric warming has enhanced the Arctic sea ice loss. The study demonstrated the application of
satellite observations and model reanalysis data for the determination and validation;the 2019 sea-ice extended to the second-lowest sea-ice minimum record. Although there are no extreme weather events recorded
this year, an accelerated decline in sea-ice extent and sea-ice volume in summer 2019 was dominant, and also the northern hemisphere has experienced record high-temperature rise especially during the spring
and summer months,” Dr Avinash Kumar, a senior scientist at NCPOR, who
is involved in the research, said.
“The sea-ice loss at this rate, concerning to all the lives on Earth, can have a catastrophic impact due to rising global air temperature and slowing down of global ocean water circulation,” he added. Led by Dr Avinash Kumar, the research team comprised Juhi Yadavand RahulMohan of NCPOR, Ministry of Earth Sciences,Goa.