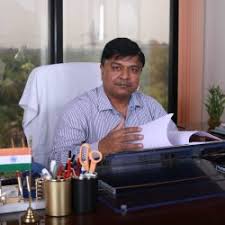 Delhi, February 18, 2020: CabinetMinister Rajendra Pal Gautam today called a high-level meeting of all officials of the Women and Child Development (WCD) Department to review ongoing projects. The WCD department, which was earlier under Deputy Chief Minister in the last tenure, has been allocated to Social Welfare Minister Rajender Pal Gautam during this tenure.

The meeting was called to acquaint the Minister with the work done by the WCD Department and to discuss various areas wherein new policies and schemes can be implemented. Chairing the meeting, Shri Rajender Pal Gautam said, “Women’s safety, security and empowerment are the topmost priority areas of the Government as promised by Hon’ble Chief Minister  Arvind Kejriwal in his Guarantee Card. In the next 5 years, we will work towards the empowerment of women in the capital.”

Apart from Women empowerment, the Minister emphasized on ending the substance abuse amongst children in Delhi. “Substance abuse has become a major problem in Delhi.

Teenagers and young adults are the most prone to it. There is an urgent need for an awareness campaign to tackle this problem in Delhi. I firmly believe that the problem of drugs can be dealt with proper education as well as creating more areas to engage the youth such as through sports and cultural activities, ” said  Rajendra Pal Gautam.