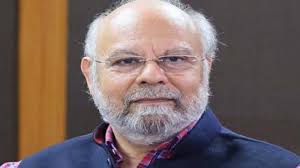 Jalandhar, May 12, 2019: The SAD Rajya Sabha member Naresh Gujral made a stark difference between Sikhs carnage in Delhi in 1984 and the Gujarat riots of 2002 and hence the Congress can’t get away blaming Prime Minister Narender Modi for the later.

In Gujarat, says SAD leader, the police under orders from Chief minister made all efforts to stop the riots and over 300 persons died in police firing while not single shot was fired in Delhi. Of the dead in Gujarat, 790 were Muslims while 254 were Hindus rioters, which speaks of volumes of difference between two tragedies. In Delhi carnage of Sikhs, not a single perpetrator was even injured because the police remained a passive spectator and did not even open a single shot, recalled Gujral.

The SAD leader said that if Modi can be blamed for riots because he was chief minister, then what about father of Congress president Rahul Gandhi’s father Rajiv Gandhi who was the prime minister when the Sikhs were massacred in Delhi.

Gujral pointed out there were riots in Gujarat while it was carnage of the Sikhs carried out by the Congress party and the government of the day headed by Rajiv Gandhi did not call the army for three days and ferocity of carnage was permitted to hit its peak.

He reminded that his father late IK Gujral, General Jagjit Singh Arora and  Air Marshal Air Marsahl  Arjun Singh repeatedly went to the then president  Giani Zail Singh and home minister PV Narsimha Rao to call in army to end  the Sikhs’ massacre but both of  them express their helplessness as there were clear orders from the Prime Minister house not to call  the army.

Ironically, Gujral said that the president, who had himself administer oath of office of prime minister to Rajiv Gandhi a day earlier, complained to his father and General Arora that PM was  not talking his call. Zail Singh’s daughter too has written about it.