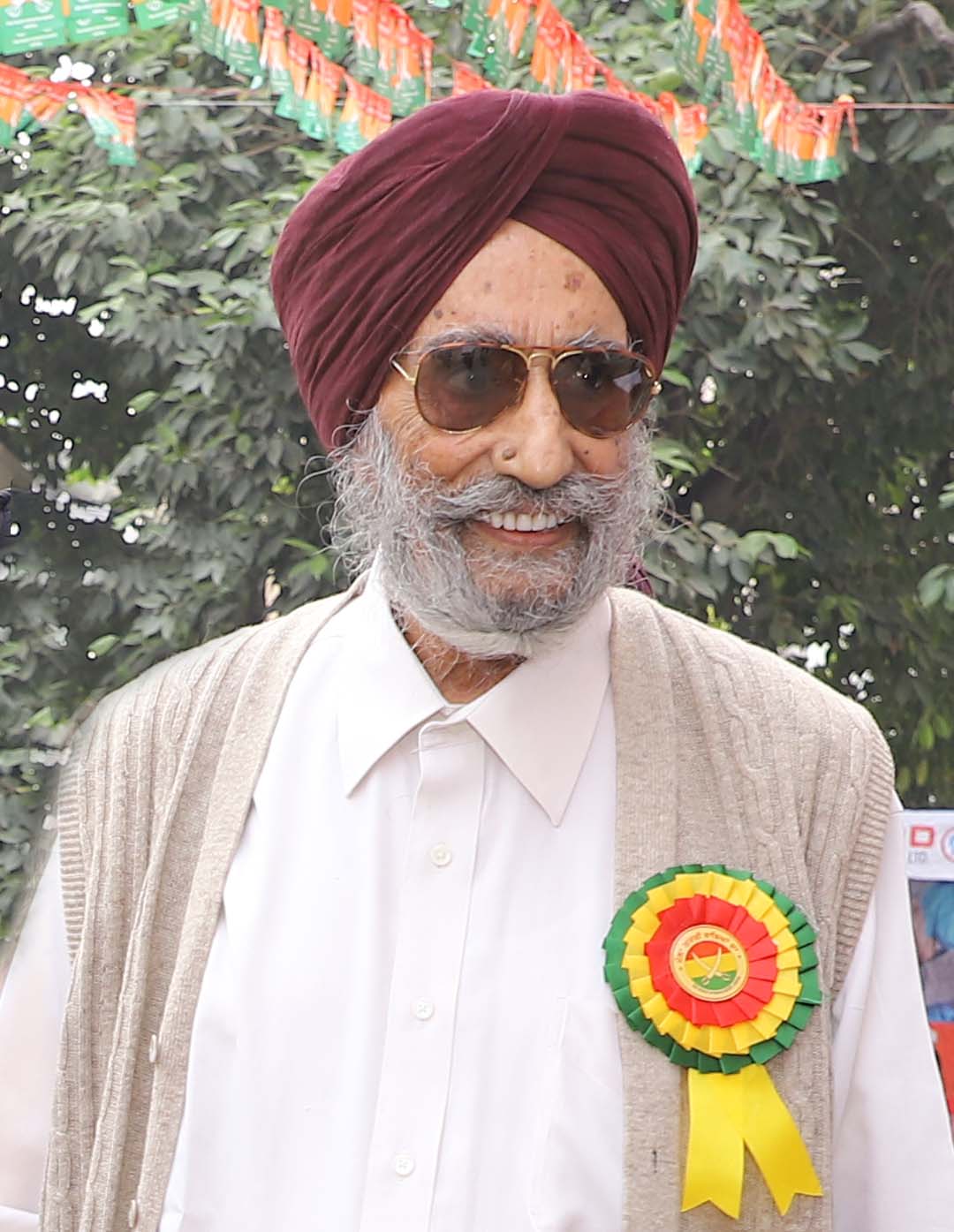 Jalandhar, May 24, 2020: Comrade Naunihal Singh, who held the banner of Marxist ideology until the end of his life and served at the forefront of the Desh Bhagat Yadgar Committee, Jalandhar for almost half a century, today bid farewell to the militant convoy.

He breathed his last at around 9 am today at the house of his daughter Kirat and son-in-law Major General Kulwant Singh Nijhar at Yol Cantonment (Dharamsala).

While he was still alive, he had devoted his life to his physiological discoveries to PIMS Jalandhar. Due to the Corona epidemic, it was impossible to bring his body from Himachal Pardesh to Punjab-Jalandhar, when no hospital in Himachal Pardesh also took his body for forensic research, he was cremated at Chaminda Devi Cemetery Ghat (Himachal Pardesh) at 4.30 pm.

The ancestral village of Comrade Naunihal Singh’s ancestors was Nurpur Chatha near Nakodar. His grandfather had settled in Lyallpur district. When the country was partitioned in 1971, Naunihal Sangh was 9 years old, he came with his parents and started living in Garha (Jalandhar city). He did his schooling from Doaba Khalsa School. He did his MA from Government College, Hoshiarpur. (History).

He started actively participating in the student movement from his student days. He and his cousin Hardayal Singh Chattha both joined the CPI (M). Played an important role During the period when the CPI (M) got divided into two parts, Hardayal Singh, get into CPM, but both the brothers worked unconditionally for the ongoing struggle for people’s liberation.

Despite being born into well off family, he worked full-time in the industrial sector for a long time. It is noteworthy that under his leadership a historic struggle took place at JCT Mill Phagwara. The employers sent parcel packets as a plot to kill the workers on hunger strike and to break the strike. As soon as the parcel was unpacked, there was a blast as the packet was carrying some explosives, Naunihal Singh, Ram Sahai, and Muni Lal were injured in a deadly bomb blast and laborer Shadi Lal was killed.

Naunihal Singh played a leading role in the Desh Bhagat Yadgar Hall Library, Museum, Rang Manch, Debate, Student Awareness Camp, Ghadr Baba’s Fairs, History Committee. He played a leading role in the rallies and ceremonies held from time to time to preserve the Komagata Maru, Jallianwala Bagh, the martyrs of the Kuka wave and historical monuments as national heritage. In Desh Bhagat Prakashan of the Desh Bhagat Yadgar Committee, especially in books related to history, he often played a major role by avoiding even mentioning his name.

He was the former Treasurer, then General Secretary and Vice President of the Desh Bhagat Yadgar Committee.

Their unique role in caring for orphans at Unique Home Jalandhar will always shine a light. He worked for the newspaper Nawa Zamana Trust for decades and was currently serving as the President of the Arjun Singh Gadgaj Foundation (Nawa Zamana).

The date and venue of the memorial service will be announced later.

Career selection to run through District Bureau of Employment and Enterprise
3.56 migrants moved in 285 Shramik special trains from Punjab
Comment