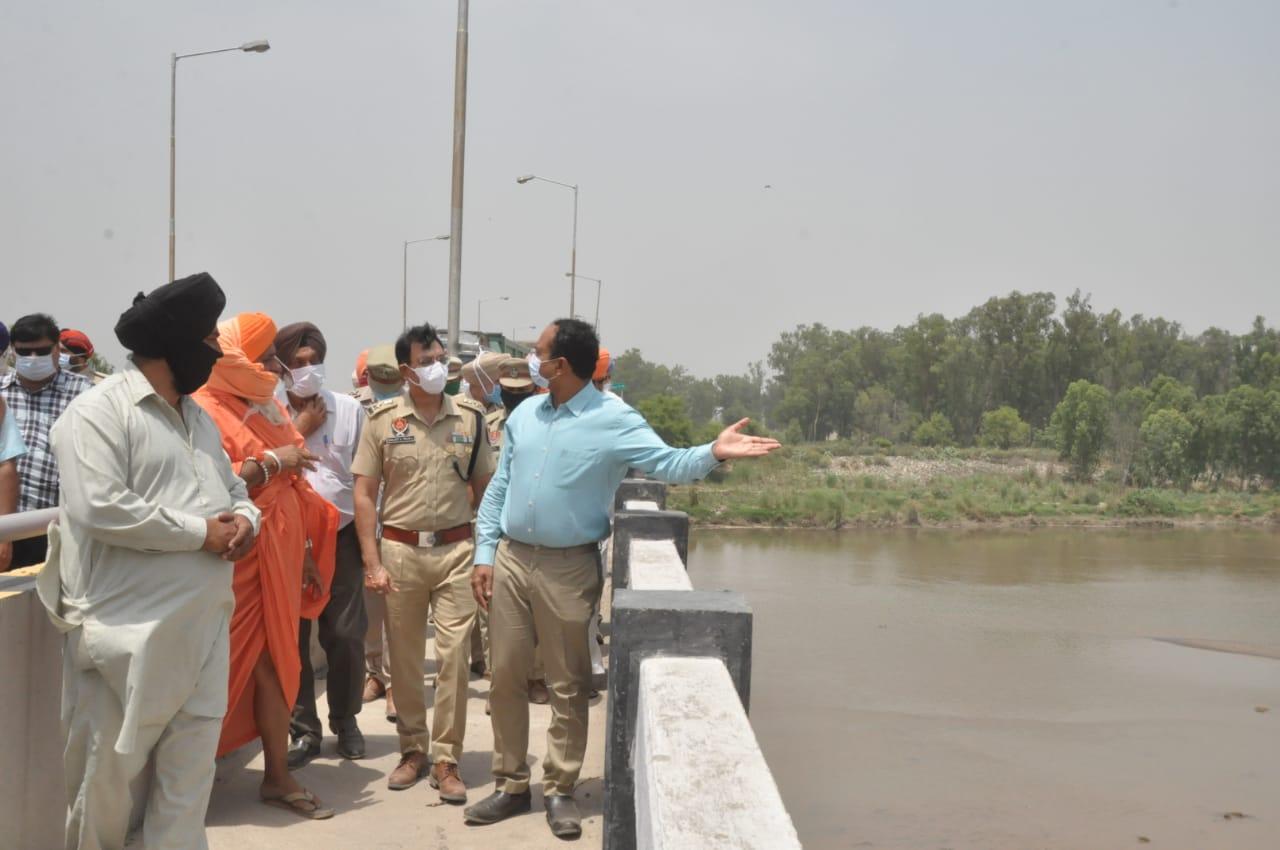 Shahkot (Jalandhar), May 28, 2020: The Deputy Commissioner Jalandhar Varinder Kumar Sharma and Senior Superintendent of Police  Navjot Singh Mahal today said that desilting of Railway Overbridge at Gidderpindi would help in averting the danger of floods in the region.

The Deputy Commissioner and Senior Superintendent of Police today visited the site of Gidderpindi Railway Over where the desilting work has been recently carried away by renowned environmentalist Sant Baba Balbir Singh Seechewal. 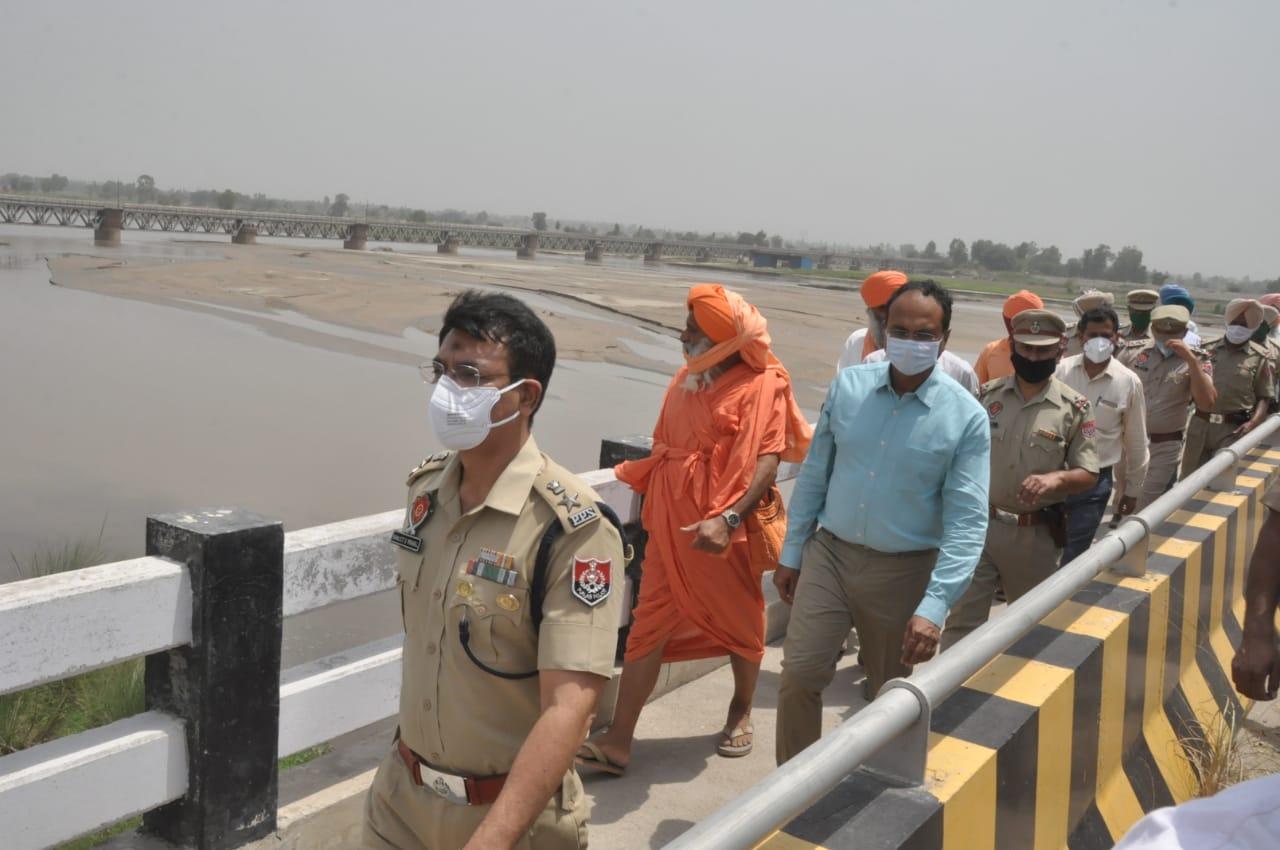 The Deputy Commissioner and Senior Superintendent of Police lauded the role played by Baba Seechewal in desilting the 12 spans of Railway Over Bridge. They said that as the de-silting under the Railway bridge was the need of the hour to prevent any damage by the flood water in the coming times so they had taken up this matter with the higher authorities in the state government. Both the officers said that the district administration in general and the state government in particular was duty-bound to ensure that no damage was caused to life and property of the people for which every sort of preventive measure was being taken.

The Deputy Commissioner and Senior Superintendent of Police said that de-silting was required to ensure that excess water, if any, passes from its beneath smoothly without any hindrance. They also lauded the role played by Baba Seechewal to carry on this mammoth task in a foolproof manner. Both the officers also inspected the flood prevention arrangements in the Shahkot block of the district.

The Deputy Commissioner and Senior Superintendent of Police also visited village Jania Chahal where breach had taken place last year. They asked the officers to ensure foolproof arrangements to ensure that flood like situation doesn’t arises in future. Both the officers said that no stone should be left unturned for ensuring that flood was checked in the future.