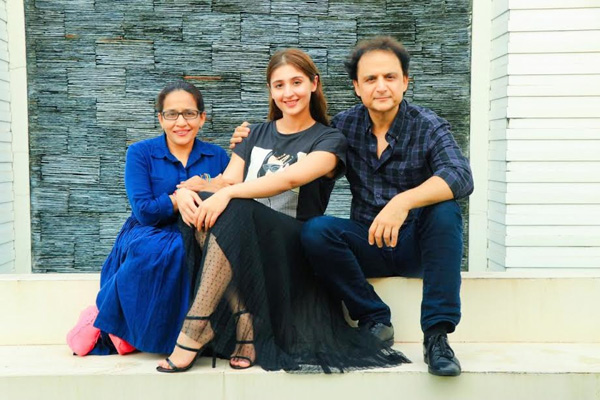 MUMBAI: Touted as B-town’s youngest singing sensation, Dhvani Bhanushali is basking in the success of her two back-to-back chartbusters Leja Re and Vaaste winning hearts around. Both of the tracks of Dhvani has garnered a combined viewership of more than one billion on T-Series YouTube channel. Dhvani, a T-Series artist, has become the new pop voice among the youth today.

Leja Re that released November 2018 had become an instant hit and today stands with more than 458 million views. While Leja Re was Dhvani’s first solo single in the Hindi music industry, she had already rendered her voice for film songs like Dilbar (Sayameva Jayate) and music videos like Ishare Tere with Guru Randhawa. Whilst Leja Re was making a wave, the talented singer had another reason to celebrate as her second popular track; Vaaste also became a massive hit in just four months making it the most liked Hindi song on YouTube. Vaaste which became a hit song among the youth has garnered more than 541 million views on YouTube. Having successfully made its way to every locker room, college campus, club, and airwaves, the two musical hits (combined) have garnered high number of views on YouTube today.

Joining the celebrations with Dhvani are the director duo Radhika Rao and Vinay Sapru, who directed both the music videos and have helped Dhvani every day to give her the best which each video. The man behind both these songs is none other than another youth sensation – Tanishk Bagchi.

Tanishk and Dhvani have given several hits together like Leje Re, Vaaste, Dilbar and the recent Psycho Saiyaan created under the guidance of Bhushan Kumar whose ear for music gave yet another chartbuster.

Ecstatic with the response she has received since she has entered professional singing, “I have always wanted to become a pop singer and I am working each day to make my dream a reality. With so much love the audiences have been giving my songs have nothing but show their love towards my music. It adds faith in my dream to do better. Cheers to one billion love. I would like to thank everyone who has helped me achieve this Bhushan sir for his faith, Tanishk Sir for helping me learn every time we make a new song, Vinay Sir and Radhika Ma’am for their push to let me give my best. But most importantly my family, who has supported me in living my dreams, and make me who I am.”

Bhushan Kumar, who always pushes new talent in the industry, says, “At such a young age, Dhvani has proved her versatility as a singer and also successfully carved a niche for herself in the music industry and I’m really proud of her. It’s the love from the fans and our listeners that both Leje Re and Vaaste have garnered more than one billion views on our YouTube channel.”

Tanishk Bagchi says, “Dhvani’s unique voice sets her apart from her contemporaries and we have had a wonderful time creating good compositions that have resonated well with the audience.”

Echoing the same sentiments Ace Directors of Musicals Radhika Rao and Vinay Sapru said, “Pop Music in India is at the cusp of a great revival. When we heard Dhvani sing we felt her vibe immediately… We knew that this young voice with her fresh face would be the big ice breaker. Two Videos and six months down she stands at one billion views with Vaaste becoming most liked song in the history of pop in India. Her transition to a teen pop star.