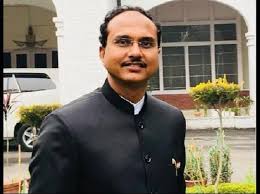 Jalandhar, Feb 13 – In order to ensure minimum hindrance to the people during the protests by protesting organizations, the district administration has designated 8 places in the district for the purpose of peaceful protests in Jalandhar.

Divulging the details, the Deputy Commissioner Varinder Kumar Sharma today said that these places have been carefully selected to ensure that normal life was not at all disturbed during the protests by political parties or other organizations.

The Deputy Commissioner said that these places have been designated for purpose of peaceful protest with several riders. He said that the protestors would have to seek prior permission from the Commissioner of Police or the concerned Sub Divisional Magistrate, whichever was applicable, before the protest. Likewise, Mr. Sharma said that no weapon including knives, lathis or others would be allowed during the protest.

Mr. Sharma said that these orders, being issued in pursuance of circular issued by Department of Revenue, Rehabilitation and Disaster Management, Punjab with reference to CWP No. 28061 ‘Varinder Pal Sigh VS State of Punjab’, would be remain in force till  April 11, 2020