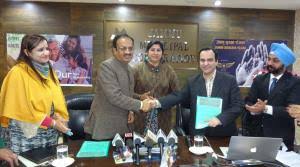 The aim of this day is to unite everyone who wants to support justice as well as promote victims’ rights. It is to   help prevent serious crimes and those that put peace, security and well-being of the world at risk.
Meanwhile another awareness event was also organized to mark the Anti polythene Day here at Court Complex Bhaderwah under the chairmanship of chairman DLSA Bhaderwah (Pr. District & Session Judge) Ashok Kumar Shavan and under the supervision of Member Secretary DLSA Susheel Singh (Sub-Judge).
Speaking on the topic, the Member Secretary DLSA   said that the menace of polythene bags is growing dangerously. “Each and every shop, big or small is considered useless if it cannot provide polythene bags to its customers. No doubt these polythene bags are easy to carry but the impact they cause on the environment is far more dangerous than their utility” he said.
Highlighting the hazards of the menace, he said the polythene bags are non biodegradable, i.e. they cannot be decomposed by micro organisms into the free state of nature.
“Even the animals consuming these polythene bags die an unnatural death due to the damage caused in their internal body system” he added. 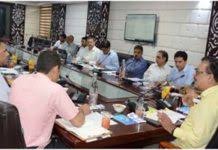 Calling for creating mass awareness against its use, he said the state government has banned the use of polythene bags but it is not visible on the ground.
“We see shopkeepers still using polythene bags. It is not only the duty of the government to look into this matter but every individual needs to see that people don’t use these bags” he suggested.
Staff members of DLSA/ TLSC & PLVs of Bhaderwah were also present at the camp.