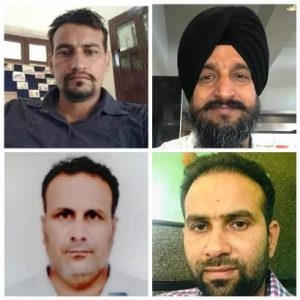 Ferozepur, May 30, 2020: Contract employees of the power utility –CHBs – Complaint Handling Bikes – in Powercom have decided to hold a protest on June 2 at Patiala, with support of Democratic Teachers Front – DTF, Punjab for the acceptance of their long pending demands and seek justice for workers who were being exploited by contractors.

The aggrieved employees, along with their family members, will also hold a protest demonstration at the head office of power utility at Patiala on June 2.

The agitation was aimed at achieving the pending demands of wage revision as per notification of the Labour Department, seeking compensation for families of CHB employees injured or affected due to electric shock in course of their duty and reinstatement of sacked contract employees.

State Committee of the DTF Punjab had announced to support the agitation over the genuine demands of the contract employees of the power utility.

State President, Digvijaypal Sharma said, the Powercom managements were pursuing policies of privatization and inflicting gross injustice upon the employees.

The union leaders demanded the regularization of the services of the workers working at the meager wages by risking their lives to ensure uninterrupted power supply during the coronavirus pandemic lockdown.  Apart from this, they also claimed to stop shunting the CHB workers.

They also demanded the insurance of each contract workers of Rs.50 lakh as in the case of regular workers so that the families of the victim worker on duty could get some financial assistance.