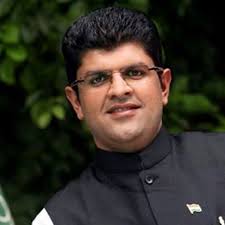 Chandigarh, May 11,2020:    Haryana Deputy Chief Minister   Dushyant Chautala said that to ensure smooth procurement process of mustard and wheat in the mandis, officers of Additional Chief Secretary/Principal Secretary level have been appointed as Nodal Officers for monitoring the entire process and for on-the-spot redressal of grievances. Along with this, all the Deputy Commissioners have deputed a procurement officer and an accounting clerk at every mandi and procurement centre for the convenience of the farmers.

Deputy Chief Minister   Dushyant Chautala, who also holds the portfolio of the Food, Civil Supplies and Consumer Affairs Department, while giving detailed information in this regard said that to ensure that the farmer is paid for the purchase of his wheat crop and the Arthiya is paid two and a half percent of his commission simultaneously, a cash credit of Rs 22,000 crore has already been arranged. He said that some leaders of the opposition parties are unable to digest the fact that the procurement process is going smoothly despite lockdown and were making statements in the media to mislead the farmers.

The Deputy Chief Minister said that as per the information given on ‘Meri Fasal – Mera Byora’ a farmer can bring as much yield as he wants to sell in the mandis as there is no restriction. The entire 1,600 quintals of wheat produce of a farmer was purchased in the Panipat mandi.

He said that as soon as the wheat procured from the mandis is lifted and sent to the godowns, the payment of both the farmers and the Arthiyas is made on the third day of lifting. He said that Haryana is the foremost state in the country with 100 percent procurement at the Minimum Support Price for foodgrains like wheat, gram, barley, paddy, jowar, millet and maize on the recommendations of the Commission on Agricultural Costs and Prices.

Dushyant Chautala said that in view of the nationwide lockdown due to COVID-19, arrangements for sanitizers, masks, and soaps, etc. in the mandis for all those engaged in the procurement process, be it farmers, arthiyas, labourers or employees of procurement agencies have been made while at the same time maintaining social distancing norms. Also, a record procurement of wheat and mustard has been made while following the guidelines of lockdown. He informed that GPS had been installed in all the vehicles engaged in the lifting process of foodgrains. Permission has also been given to tractors and trolleys for lifting and the vehicles which enter the mandi and procurement centres are sanitized first.

He informed that this time the number of mandis for wheat, which was initially 389, was increased to 1,895 after addition of 1,507 new centres , while for mustard 112 new procurement centres were added in 71 mandis making it to 182. Similarly, 30 mandis or procurement centres were also established for gram. He said that wheat is being procured at a minimum support price of Rs 1,925 per quintal, mustard at Rs 4,425 per quintal and gram at Rs 4,875 per quintal.