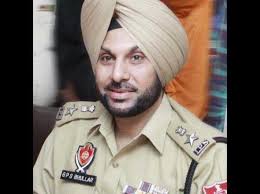 Divulging the details, the Commissioner of Police said that a detailed police and security arrangement has been chalked out for deployment of a total of 12 companies of CPMF which includes BSF, CRPF, ITBP and RPF comprising 768 CPMF personnel would be deployed along with 1,810 Punjab police personnel for the conduct of polling on May 12. He said elaborate police and security arrangements have been made by the Jalandhar Police Commissionerate for holding of General Parliamentary Elections 2019 in a peaceful and fair manner.  Bhullar said that there total 312 polling locations in Commissionerate Police out of which 87 have been declared as vulnerable and 105 have been declared as sensitive.

Commissioner of Police said that there were a total of 705 booths in the area of the parliamentary constituency falling in the Jalandhar Police Commissionerate.  He said that security of the area has been further strengthened with the joint deployment of CPMF and Punjab police personnel round-the-clock at 123 nakas all over the city where intensive vehicle checking is being conducted.  Furthermore, Mr. Bhullar said that 43 patrolling parties of CPMF and Punjab Police personnel have been deployed to patrol the area besides carrying out regular flag marches and foot marching by the security forces especially in the vulnerable areas as part of confidence building measures.