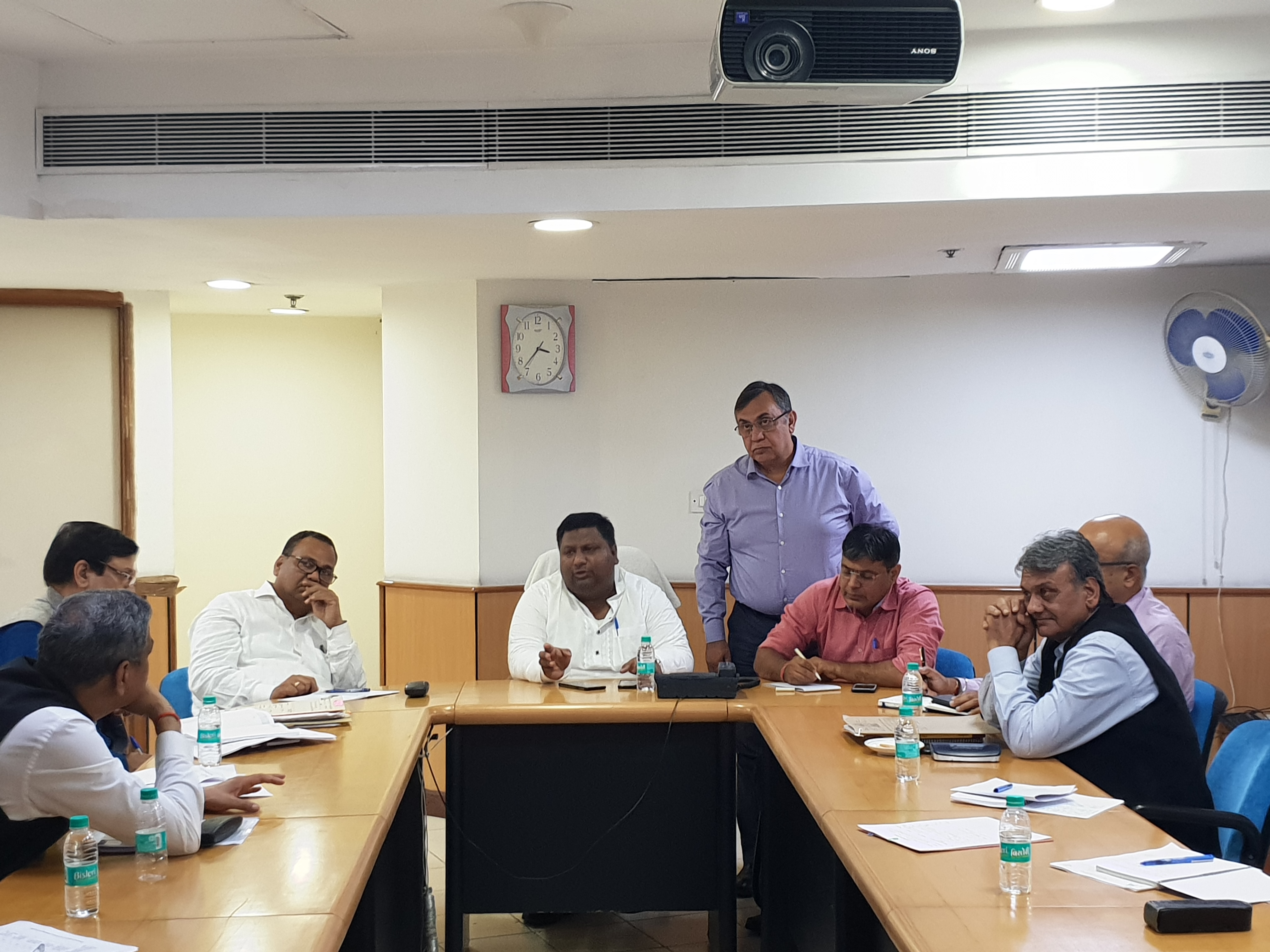 New Delhi, Nov 5,2018 ( By SK.Vyas ): Environment Minister, Shri Imran Hussain on Monday directed all the concerned agencies to be on full alert and take all possible efforts for the control of air pollution given the spurt in stubble burning in neighbouring states and adverse metrological conditions.

The Minister directed the Municipal Corporations to ensure that the vehicles carrying garbage/ malba to the landfill sites are properly covered.  The vehicles must carry valid pollution under control certificates and that no vehicles are used which are more than 10 years old for transporting the garbage/ malba to the landfill sites.  They were also directed to provide details of all the vehicles used for lifting and transporting waste material to the Environment Department.

He directed that all instances of stacking of building materials on the roads should be immediately removed and penalized.  Further, construction material lying on the sites should be sprinkled with water and should also remain covered.

The Minister asked all three Municipal Corporations to prevent the instances of burning in open and compliance of dust control measures, failing which violators should be challenged.

Shri Hussain also observed that the present state of air pollution in Delhi is due to winds blowing from outside. These can be effectively tackled through water sprinkling.

The Minister expressed the hope that coordinated efforts of all the stakeholder departments will yield positive results.  The Govt. with the active participation of citizens and children will be able to control the menace of air pollution in the coming days in Delhi.

Tips to Save Money

Piyush Goyal calls upon the Exporters to be more competitive

NHAI gears up to keep National Highways in good condition

PFC to provide lunch to Doctors and other Medical Staff

Sisodia assures necessary steps to send Migrants to their homes

A total of 2500 beds ready in Govt Hospitals and 2000 in Private Hospitals: Kejriwal

Vice President greets people on the eve of Eid-ul-Fitr

Shelja attack on BJP for FIR against Sonia Gandhi

About 4 Lakh migrants registers in Delhi to go back home,Sisodia