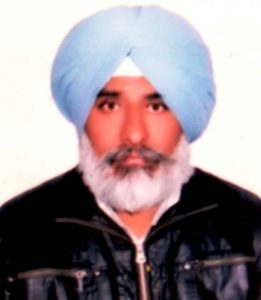 Ferozepur, June 29, 2018:  Realizing the importance of organ donation, majoring of the residents of border town Fazilka, has pledged to donate their eyes after death.  Today, Surjit Singh Madan, has become 400th Eye Donor in Fazilka through Social Welfare Society – a known social organization of the area, started three decades back and since 11 years involved in Eye Donation Campaign.

Eye donation is an act of donating one’s eyes after his/her death. Only corneal blinds can be benefitted through this process, not other Blinds. It is an act of charity, purely for the benefit of the society and is totally voluntary. It is done after death.

Speaking to media persons, Shashi Kant a senior member of SWC, Fazilka said, the eye donation has picked up the momentum in Fazilka with the sincere efforts of the society members to motivate the families in the event of any death.

With the help of Mata Kartar Kaur International Eye Bank team, 800 persons have been transplanted the eyes successfully to see the colourful world around us.

Shashi Kant President and Sandeep Aneja, Secretary said, irrespective of any age, the eye of any dead person can be collected by the expert team of the hospital within six hours and transplanted to the needy persons. Even the eyes of the dead persons, who has earlier been operated can also be donated for extraction of the cornea for transplantation.

On behalf of the society, he also appealed to the society to make it a tradition to donate their eyes after death to give light to someone.  The process of extracting the cornea and transplanting is done free of charges at Sirsa based Eye Hospital.