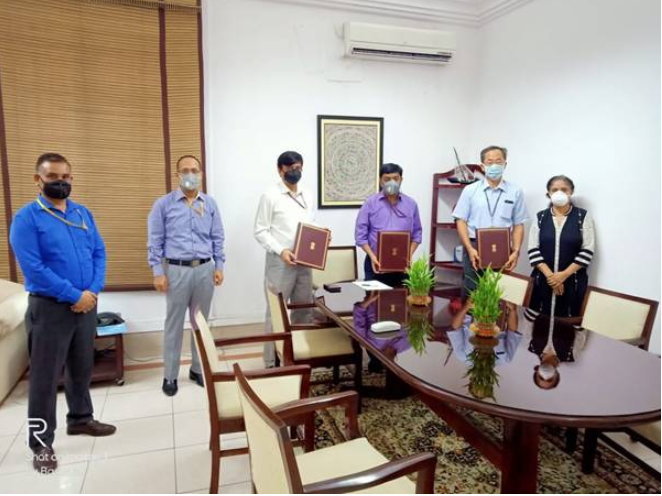 The Asian Development Bank (ADB) and the Government of India today signed a $177 million loan to upgrade 450 kilometers (km) of state highways and major district roads in the state of Maharashtra.

The signatories to the Maharashtra State Road Improvement Project were Shri Sameer Kumar Khare, Additional Secretary (Fund Bank and ADB), Department of Economic Affairs in the Ministry of Finance who signed for the Government of India, and Mr Kenichi Yokoyama, Country Director of ADB’s India Resident Mission who signed for ADB

After signing the loan agreement, Khare said that the project will improve connectivity between rural areas and urban centers in the state enabling rural communities to better access markets, employment opportunities and services. Improved mobility will expand development and livelihood opportunities outside of the state’s major urban centers to second-tier cities and towns thus reducing income disparities.

Yokoyama said that the project will also strengthen road safety measures by developing a road safety audit framework that will protect vulnerable groups such as the elderly, women, and children, following the international best practice. Giving more details, Mr. Yokoyama said that another feature of the project is to update the road maintenance system by encouraging 5-year performance-based maintenance obligations to contractors to sustain asset quality and service levels.

ADB is committed to achieving a prosperous, inclusive, resilient, and sustainable Asia and the Pacific while sustaining its efforts to eradicate extreme poverty. Established in 1966, it is owned by 68 members—49 from the region.