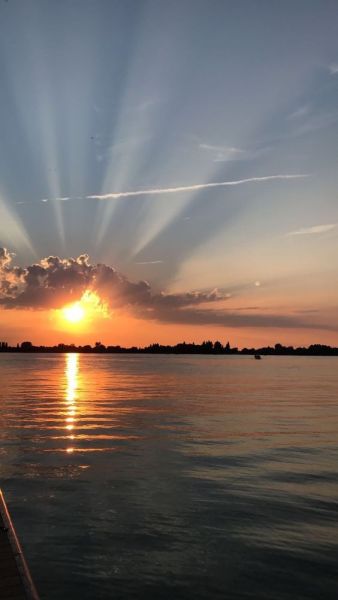 Another month of 2020 is ending and so is the virus. Yes, the number of cases is still quite significant but at the same time, the recovery rate is increasing rapidly. While another Monday rings the doorbell, here are some more positive news to have a good
start to the week:
1. Protection For All- A startup incubated at IIT Kharagpur has designed a mask, that will not only bear the stamp of protection but is also pocket-friendly. It’s a washable, reusable, three-layered mask made of a non-woven material with a recommended porosity of 25-25 GSM to provide at least 80% protection, said researchers who designed it. At Rs 10 per mask, the institute hopes to reach out to schoolchildren and the underprivileged.
2. Longer Winters- Presence of snow on the higher areas of Himachal Pradesh, including mountain passes, in late July is a sign of the positive impact of lockdown and restricted public and vehicular movement since March. The areas where
snow used to melt away in June still have snow. This despite the fact that this year’s snow accumulation was less than that of last year. Rohtang pass, which attracts nearly 15 lakh tourists in May and June, still has some snow in the patches. Baralacha and Shinkula pass also have enough snow. Bhrigu and Dashaur lakes, which have become the popular pilgrimage sites of locals these days, are half-covered with snow and ice. Beas Kund area, the source of Beas river, has also enough snow which will last many more days.
3. Religion no bar- In J&K’s hotbed of terrorism, a 112-year-old Kashmiri Pandit’s death on Thursday appeared to reinforce a fragile communal bond that has survived decades of bloodshed and strife. Muslims outnumbered Hindus in the funeral procession of Kanth Ram Tickoo alias Kak – “abba (father)” to most people he knew — as it wound its way on foot from his ancestral home to the
cremation ground at Zainapora in Shopian. For most of the half-a-kilometer walk, the cot bearing the body rested on the shoulders of mourners in skull caps.
4. Humanity first- Nine years ago, in 2011, a hearing and speech impaired 10-year old boy, who wrote down his name as ‘Abdul’ in English, lost his way home and reached Fatehgarh Sahib. Since then he has been staying with Gurnam Singh of Bhaironpur village. On Wednesday, he finally met his father again. Abdul’s father Tahir Ali, from Farrukhabad in Uttar Pradesh, said in May 2011 he had visited his brother in Ghaziabad along with his son to spend a few days. “When we realized Abdul was missing, we lodged a complaint with the police but for years our efforts had gone in vain,” he added.
5. A principal who went the extra mile- When students at Zeal school, a small educational set-up in Malwani’s densely packed Ambhujwadi, told their principal they couldn’t afford to pay fees during the lockdown, she decided to give them a three-month waiver. But chatting with her students revealed some
of them barely had two square meals a day. The principal, Mizga Shaikh, spoke to her husband, Faiyaz, and they decided to donate rations in the neighbourhood. Four months down the line, they have spent Rs 4 lakh from their personal savings and reached out to 1,500 people. The money had been
saved up by the couple to buy a house. The beneficiaries of their donations cannot thank them enough.
6. Duty first- When the going gets tough, the tough get going. Ten doctors of Ahmedabad are the exemplars of this maxim as they have been treating Covid19 patients non-stop since March 15. And when the virus stuck its spikes into Surat, the doctors volunteered to take their battle-hardened experience to the new war zone. “When the COVID outbreak became severe in Surat, our colleagues there started seeking our help online to manage the flood of critically ill patients,” said Dr. Manjit Nayak, assistant professor at the Gujarat Cancer Society (GCS) Medical College and alumnus of BJ Medical College. “We had been at the frontline developing and implementing strategies so we decided to help.”
7. Leopards out for a walk- For the first time, rarely-sighted snow leopards, an adult and two cubs have been documented on camera in the Great Himalayan National Park (GHNP) of Himachal Pradesh’s Kullu district. The elusive snow leopards, the state animal of Himachal Pradesh, was spotted multiple times last winter in Lahaul-Spiti district along with human habitations and their videos recorded by residents of Hikkim village had gone viral on social media early this year. They are generally found above the altitude of 4,000 metres in summers and descend a bit lower during the winter season.
While looking after your own mental health is necessary, looking out for others is also extremely important. We should not judge others for their choices in life. If a boy likes to wear pink or if a girl likes to wear 10- layers of makeup or a person who likes to sing along with a rap song or another person who is very driven towards his passion, just let them be. The world is very judgemental anyways. Let everyone live their lives on their own terms. Let them be happy with the choices they make. The world needs that.