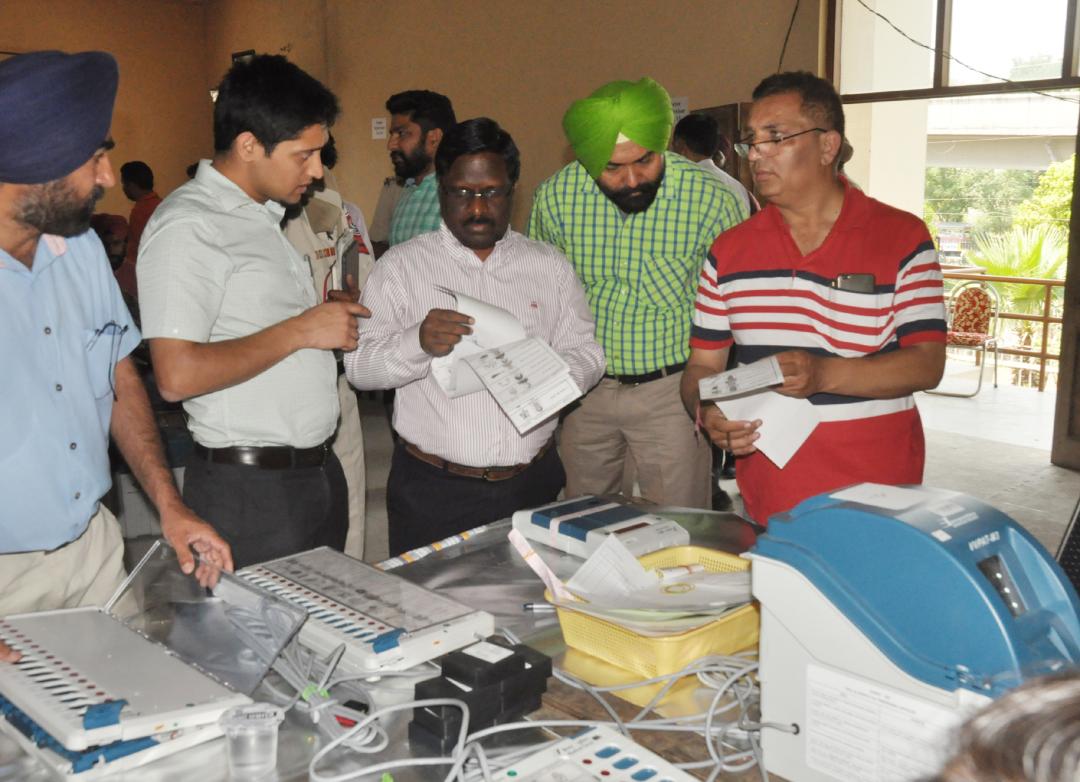 The General Election Observer and Additional Deputy Commissioner visited Government Model Senior Secondary School, Government College of Education Ladowali Road and Lyallpur Khalsa College for women Cantt where the work for preparations of preparations of EVMs for Jalandhar North, Jalandhar Cantt and Kartarpur assembly segments respectively was going on. They monitored the entire work regarding the preparations of the EVMs and gave necessary directions to the polling staff for the duties. During detailed interaction with the Assistant Returning officers and other staff they asked them to ensure that the work of preparing the EVMs was completed at the earliest.

The Observer and Additional District Election Officer said that this work was being done in the presence of the representatives of the political parties to ensure complete transparency in it. They also asked the officers/ officials to impart their duty diligently as the election duty was true service of the nation. Meanwhile, the officers also had detailed interaction with engineers of Bharat Electrical Limited who were updating machines with the relevant data regarding the Lok Sabha Elections. They personally monitored the work of loading of symbols in the VVPAT machines besides fixing the ballot papers in the EVM machines to be used for the general elections.

They said that these EVMs and VVPATs would be installed at 1863 polling booths during the general elections and a sizeable reserve of EVMs and VVPAT machines would be kept at the disposal of the officers during the polls so that they could be replaced whenever any snag occurs in the machines on polling day. Pertinently, 4299  Ballot Units, 2180 Control Units and 2332 Voter Verifiable Paper Audit Trail (VVPAT) machines would be installed at 1863 polling booths across the district during the coming general elections.

SPECIAL ARRANGEMENTS TO FACILITATE 11528 PWD VOTERS AT POLLING BOOTHS ON POLL DAY- DC
WHAT IF SOMEONE LINKS YOU TO GODHRA, SAYS CAPT AMARINDER TO MODI AFTER LATTER’S ATTEMPT TO CONNECT RAJIV WITH 1984 RIOTS
Comment