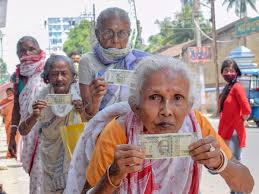 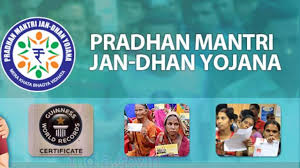 Chandigarh, May 02, 2020: Government of India is crediting Jan Dhan accounts of Women beneficiaries with Rs 500 for the month of May under Pradhan Mantri Garib Kalyan Package, says the Ministry of Finance in a tweet. A system has been devised by the banks to avoid mass gathering at public places in the light of COVID-19 and for the convenience of the beneficiaries. Under this system, on the basis of last digit of the bank account, dates have been earmarked for the withdrawal of the money by the beneficiaries. Dates for the distribution are as follows:

Pradhan Mantri Garib Kalyan Package was announced in March to ensure the poor cope up with the effects of lockdown. In addition to women beneficiaries of Jan Dhan accounts, the package has provision for free food grains and cash payments to poor senior citizens and farmers.  Laxmi Nand, a farmer based in Shimla, said that Rs 2000 which he received under PM-KISAN has been very useful to him. Ratan Chand, another farmer from the same  state, has also received money and thanked the government for the help with a sense of satisfaction. As gas cylinders are also being given free of cost to poor families under the package, Ritu Devi from Jind District of Haryana expressed her gratitude to the Government for the help.

The Government of India had also issued revised consolidated guidelines to allow selected activities across the country, except in containment zones in hotspot districts. Under these retails of pesticides, fertilizers and seeds have been allowed to be reopened.  An owner of such a shop in Haryana while thanking the Government said the welfare of farmers has been kept in mind during these difficult times and there are no issues in the supply of these items.

With lockdown extended for 2 more weeks starting from May 4, 2020, PM Garib Kalyan Package and relaxations provided time to time will help different sections of the society to cope up with the lockdown and contribute in India’s fight against COVID-19.

Culture Minister urges all to participate in the Sankalp parv,plant trees