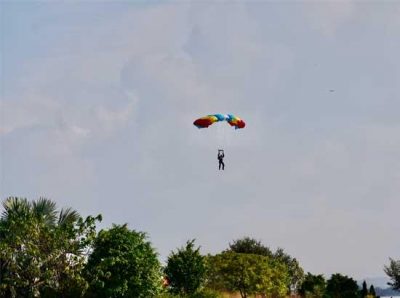 Chandigarh, December 14, 2019: As a part of the Military Literature Festival (MLF)-2019, Group Captain Kamal Singh enthralled the audience by performing a para jumping feat from an altitude of 5000 feet at Lake Club here on Saturday.

Group Captain Kamal Singh flew from the Rajendra Park on a Paramotor being driven by Pilot Vijay Sethi, landed at a Lake Club at around 2 pm.

Governor of Punjab and Union Territory Administrator VP Singh Badnore and Maharaja of Jodhpur Gaj Singh were among the bystanders to watch the star performance of the day. The audience welcomed the Group Captain Kamal Singh amid a round of applause.

On the other hand, the exhibition of vintage cars and motorcycles remained a centre of attraction on the second day of the ongoing three-days Military Literature Festival (MLF)-2019. The exhibition was jointly organised by the Vintage and Classic Car Club (VCCC), Chandigarh led by JS Phoolka and Heritage Motoring Club of India (HMCI), Delhi led by KTS Tulsi.

As per the information, VCCC has brought at least 20 vintage cars while HMCI has exhibited 18 cars and around seven motorcycles.

A huge number of visitors were seen taking pictures with the cars showcased near the food court during the MLF-2019, which is a joint venture of the Punjab Government led by Chief Minister Captain Amarinder Singh and Governor of Punjab and Union Territory Administrator VP Singh Badnore in collaboration with Western Command of Indian Army.

The Vintage Cars exhibition will continue till Sunday. 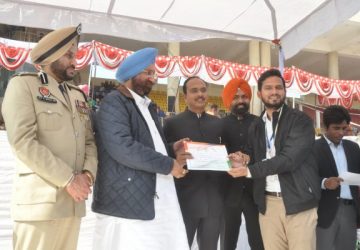 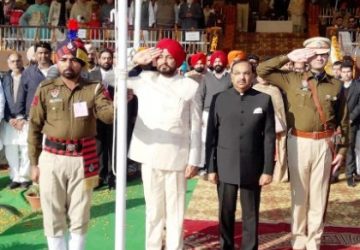 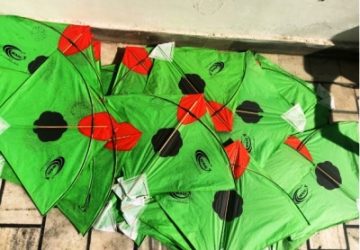