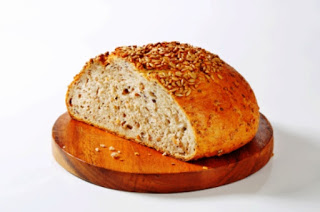 Half is always better than other half…!!!

One of the greatest challenges facing young people today is the large scale availability of half truth’s and manipulated facts. Generally, it is said that half is not good – like half-baked cake – but at the same time half is also good. If you have not cooked the cake fully, to give a good taste is the first half and the other half is that you have learned to give a correct time to have fully-baked cake.  However, it depends upon your attitude, as to how you take it.

The half-baked cake is also used as idiom and such idioms are always famous as they become a part of day to day life when comes in use at the appropriate time and symbolic to the incident.  Some of them are more popular because of their frequent use. There are a number of idioms with the use of word half – well begun is half done, half a loaf is better than none, half-knowledge or truth is always dangerous, half is constant, half the moon is always lit, half is always good for health. And when you say – Is the glass half empty or half full? it denotes your attitude. But, there is one such idiom – Half is always better than the other half.  In other words, half is always good. Half is said short, not whole, part or lacking.

The other day, I was going through the status on my social media and one of the best with good morning creative, I receive daily from my loved ones was co-related to my thought half is also good.   It was: “An old man said, “Erasers are made for those who make mistakes” and the reply from the youth was, “Erasers are made for those who are willing to correct their Mistake”.  In the first half, one part is stated about the quality of eraser but in the second half statement of the youth, the best part is given with a message for those who are willing to correct their mistakes in their life.  It all depends upon your concept, liking, attitude, feeling and what you feel is always a reality.

Frankly speaking, a half-truth is more dangerous than a lie.  A lie, you can detect at some stage but half a truth is sure to mislead you for long. I had never thought much about life until I joined one religious institution and adopted as religion.  But with the passage of time, I forget to pen down or concentrate much on the lifestyle.    A thought never comes to one’s mind when at least half of the life is spent.  Thinking about the second half of life before we know what it is, starts only when you are free from all your responsibilities.

To end my concept of both half are good to make a good one, the best example I can give is, about the mirror, which does not exist by itself.  Half is done by the piece and the other half has to be done by the beholder. You need to be half to see what you are looking for so that the mirror can exist.

Five tips on how to live with novel coronavirus

200 special trains to run across country starting from June 1