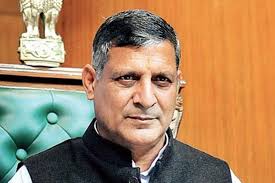 Chandigarh, Feb 26, 2020: Haryana Education Minister  Kanwar Pal said that the present State Government has established 52 government colleges in the State, out of which 30 colleges were for girls only, while buildings of 16 of the new government, colleges have been completed and work was
going on at the rest.
The Education Minister shared this Information while
replying to a question asked during the question hour of the ongoing budget session in Haryana Vidhan Sabha, here today.
He also informed that at present there were 157 government colleges in the state out of which 8 colleges are in Jind district alone.
Education Minister informed that the classes of the proposed Government Girls College in village Pillukhera of Jind district for the current academic session 2019-20 were being held in an alternative the building, while the construction work of this college building would soon be completed and the classes will be started in this building
only.
He further explained that about 8-10 acres of land were required for the construction of this college building. For this, a piece of land measuring 8 acres belonging in village Jamani has been identified for the construction of the building by the local administration and the construction work will be started 6 months after taking possession of the proposed land.
Replying to another question, he said that 20 government colleges are running in Sonipat district, one of them is in Gunnar. The State Government aims to open at least one college within a radius of 20 km.
Answering another question, he said that the State Government has proposed to open a government college in Hodal Assembly Constituency. For this, a layout plan of the land is being prepared; construction work will be started soon. He also informed that classes for this college will start from the upcoming academic session 2020-21. Till the construction of the college building is completed, the classes of this college will be held in the Government Senior Secondary School Mandoli.