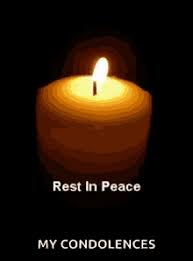 Chandigarh, June 13,2019 :  Haryana Chief Minister, Manohar Lal has expressed deep condolences over the demise of ASI, Central Reserve Police Force (CRPF), Mr. Ramesh Kumar, who attained martyrdom in a terrorist attack in Anantnag in Jammu and Kashmir, and added that the evil intentions of the terrorists will never succeed and the sacrifice made by Ramesh Kumar will inspire innumerable youth to protect their motherland.

It may be recalled that five soldiers of the CRPF were martyred in a terror attack in Anantnag on the evening of June 12. ASI from Jhajjar,  Ramesh Kumar was also one of them.

The Chief Minister also expressed his heartfelt condolences over the demise of Air Force personnel namely  Pankaj Sangwan and  Ashish Tanwar, who had died in an air crash in Arunachal Pradesh.

After the wreckage of aircraft AN-32 was found, which was missing in Arunachal Pradesh on June 3, the Air Force has confirmed the death of all the 13 passengers aboard the plane. In this aircraft,  Pankaj Sangwan of Gohana and Mr. Ashish Tanwar of Palwal were also aboard.

Manohar Lal also expressed his heartfelt condolences to the members of the bereaved family and prayed the Almighty that the departed souls might rest in peace.