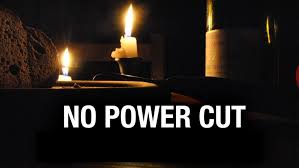 Chandigarh, June 26,2020: While giving a big relief to the people living in rural areas, the Haryana Government has decided that there will be no power cuts from 12:00 pm to 4:00 pm in about 1000 villages having less than 60 percent line loss.    The decision also aims to ensure smooth power supply this summer so that the people, especially children, elderly and women should not face any problem due to power cuts. Besides this, under the ‘Mera Gaon Jagmag Gaon Yojana’, 24 hours power supply is being provided in about 4500 villages of the State.

The Minister informed that from past few days, complaints regarding power cut schedule were reported from several parts of the State. While, reconsidering this issue, it was decided not to schedule any power cut in 1000 villages from 12:00 pm to 4:00 pm. Since it is the season for sowing paddy in the State, therefore power cuts are scheduled at this time, as farmers need more water, he shared.

Power Minister said that work of providing tubewell connections to farmers was also being done at a very fast pace. Department had 4,868 five star motors available with them, out of which 3,288 tubewell connections have been issued. Remaining about 1600 connections will also be released soon. Besides this, demand for around 1500 Monoblock motors has also been received from the farmers. State Government has given an option to the farmers that if the five-star motor is not available, then they themselves can buy motors which are approved by the department from the market and they can get their deposited money back along with interest, he said.

The Minister said that June 15 to September 15 is the peak season and during this time farmers need more water. He said that there has been an economic slowdown in every sector, despite which this time farmers have brought 5 percent more of their crop than earlier. About 65 percent of the population is dependent on agriculture; therefore farmers of the State cannot be left troubled under any circumstances.