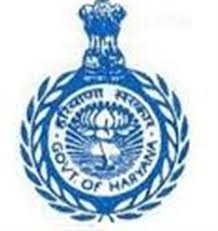 Yadavinder S.Rana :
Chandigarh May 18- Haryana Government has decided to allow the government schools to open their administrative offices to carry out urgent and unavoidable administrative functions while ensuring strict compliance of norms issued by MOH for the containment of COVID-19.
While stating this here today, an official spokesman said that Chief Minister,  Manohar Lal has approved a proposal in this regard. It is pertinent to mention here that the State Government had already allowed the private schools of Haryana to open their administrative offices.
He said that all the concerned Principal/Head of the Government school, one clerk, one computer operator and peon/gardener would be allowed to  be present in the school. However, he clarified that ailing or pregnant women would not be called on to perform duties.
The spokesman said that decision to open administrative offices in all government schools of the State has been taken to carry out urgent and unavoidable administrative works in schools such as preparation of salary bills, ensuring delivery of library books to the students, distribution of textbooks to the students lying in buffer stock, maintenance and cleanliness of  of school premises.

Interactive webinar and discussion on Kalinga Art  and Literature festival 2020.

Expressing gratitude towards HSI/Insia for feeding stray dogs of PU

KMV Organizes On-line Board of Study Meetings of 34 Departments

GNDU to conduct examination of exit classes from July 1