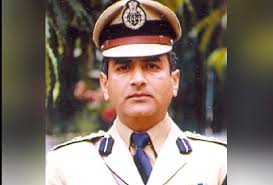 Chandigarh–In order to give a major fillip to community policing initiatives, Haryana Police has established a separate “Community Policing Wing” at Police Headquarters under the overall supervision of an Additional Director General of Police rank officer.

Giving this information Director General of Police (DGP) Haryana, Manoj Yadava said here today that under the able guidance of Chief Minister,  Manohar Lal, Police had taken several initiatives to involve the community in the process of policing across the state. Student Police Cadet programme, an MHA sponsored national programme was launched in the state, with the active support and backing of the State Government. We have also set up ‘Mitra Kaksh’ to further improve police services and make it more people-friendly. In addition, Raahgiri and Marathons were started to increase happiness in the life of people as well as to reinforce brotherhood feeling in society and keep the youth of our state healthy and free from drug abuse. He further added that Home Minister Mr Anil Vij had also recently instructed to improve police-community relations and give a boost to citizen-friendly initiatives being carried out by the police force.

The new Community Policing Wing which had been established will not only helps in bringing police force closer to citizens but will also facilitate in proper monitoring of the community policing initiatives of Haryana Police.

DGP further informed that the new wing will primarily work to focus on initiatives of Community Policing, Community Liaison Groups, Student Police Cadet Programme, Raahgiri and Marathons and Mitra Kaksh in police stations. In addition, it will also monitor all other initiatives of Haryana Police aimed at community outreach across the State.

It is worthwhile to mention that Community policing is a collaborative effort between Police and Community to identify problems of crime, disorder and involves all elements of the community in the search for solutions to these problems. This concept brings the police and community into a closer working relationship and calls for greater responsibility on citizens.

Haryana to plant one crore trees in the state

In the light of Cronavirous Punjab and Haryana High Court issues instructions
Punjab has a huge potential for tourism: Bhagwant Mann
Comment