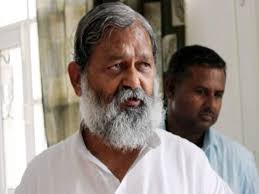 Chandigarh: Haryana, State Drug Controller of Food and Drugs Administration (FDA),  Narendra Ahuja said that 158 samples of sanitizers of various companies across the state have been collected. These samples have been sent to a Chandigarh-based laboratory for testing.

He said that several complaints have been received from many places across the state about the sale of adulterated sanitizers. Therefore, on the directions of Haryana Health Minister, Anil Vij, raids were conducted in all the districts of Haryana to ensure the availability of good quality sanitizers for the people of the state. He said that during the early period of the Corona pandemic, people were facing difficulty due to the dearth of sanitizers, which was managed efficiently through administrative promptness. Subsequently, some shopkeepers started selling sanitizers at rates higher than the MRP. Reacting to this, the Central Government provided relief to the people by fixing the price of sanitizers. Thereafter, some shopkeepers started selling poor quality sanitizers. To prevent this, 158 samples of sanitizers have been collected by the Drug Administration. Strict action will be taken against the companies selling sanitizers which are found to be inferior and not up to the mark.