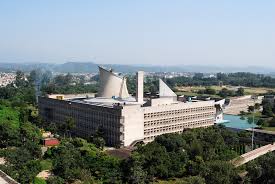 Speaking on the concluding day of Budget Session of Haryana Vidhan Sabha here today, Chief Minister Manohar Lal said that the Punjab Land Preservation (Haryana Amendment) Bill, 2019 is in the interest of the people of the State and the provisions made in the Bill would help address various concerns effectively.

The Punjab Land Preservation Act, 1900 (Punjab Act II of 1900), hereinafter referred to as PLPA’, was enacted by the then Government of Punjab in 1900. The Act provides for the conservation of subsoil water and/or prevention of erosion in areas found to be subject to erosion or likely to become liable to erosion.

The intent behind the PLPA and its area of jurisdiction has evolved over a period of time. The first major amendment of immediate relevance was carried out in 1926 (Punjab Act VII of 1926) whereby it was clarified that the provisions of the Act never intended to extinguish the ownership rights of the people. Through the said amendment, from the existing expression `temporarily or permanently’ as appearing in section 4 and section 5 of the PLPA, the expression `or permanently’, was omitted. This amendment is in conformity with the constitutional right granted under Article 300-A of the Constitution of India.

The subsisting orders and notifications issued under section 4 and/or section 5 of PLPA extend over an area of about 10,94,543 hectares or about 10,945 sq. km accounting roughly for about 25 percent of the total geographical area of the State. These orders and notifications extend to the geographical area, wholly or partly, of 14 out of 22 districts in the State. Almost the entire districts of Gurugram, Rewari and Mahendergarh are covered under these orders and notifications. A vast proportion of these lands include privately owned lands and lands that have traditionally as well as legally been under agriculture and other non-forestry uses, including lands forming part of public infrastructures such as rail, roads, canals, public institutions and Government establishments.

Most of the area was covered under the orders and notifications under PLPA with the primary objective of regulating tree felling (the State of Haryana not having a separate ‘Tree Act’ for regulating felling of Trees). Such orders and notification were never issued either for effecting the changes in the existing land uses or to regulate the permissible land uses. The lands covered under these orders and notifications were never directly or indirectly intended to be brought under the purview of the rigors or forest or related laws. Further, PLPA, as amended in 1926, provides only for temporary and not permanent restrictions, regulations and prohibition.

However, over a period of time a number of changes have come to force with various interpretations of the provisions of the PLPA from time to time, in particular with respect to considering the areas notified under PLPA as “forest” and making expiry of notifications issued under section 4 and or 5 inconsequential thereby rendering extinguishment of the ownership right almost permanently.

These have also led to large tracts under agriculture, public, infrastructure, residential, institutional, commercial and other uses becoming liable to be considered as unauthorized activities and unlawful uses even where these were explicitly permitted and came up strictly in conformity and in accordance with the then existing applicable law governing such land use and activities undertaken thereupon. Lakhs of dwelling units, commercial buildings, industrial units, public buildings and massive public infrastructure and agriculture activities over about one-fourth of the geographical area of the State are affected. Sale and purchase of such lands and immovable properties have become liable to be considered illegal. Such unintended consequences adversely impacting the livelihood of millions of citizens and need to be allayed and remedied.

The feeling of trees in the state is being regulated by the issuance of general orders under section 4 of the PLPA. It is desirable that for effective regulation of tree felling, a specific and separate provision for the same is introduced in the act while putting to rest any ambiguity or doubt in this regard.

PLPA does not have any provision to rectify, amend or de-notify the orders and notifications issued under the act even where the same has been found to have inherent defects, mistakes or where certain lands have been inadvertently included or found to have been issued in violation of the prescribed procedure. In addition, PLPA does not have any provision for re-notifying and or extending the period of the orders and notifications. The PLPA also does not have provisions for removal of difficulties or responding to exigencies warranting exemptions to be afforded in exceptional cases. The enabling provisions in this regard are required to be introduced and incorporated.