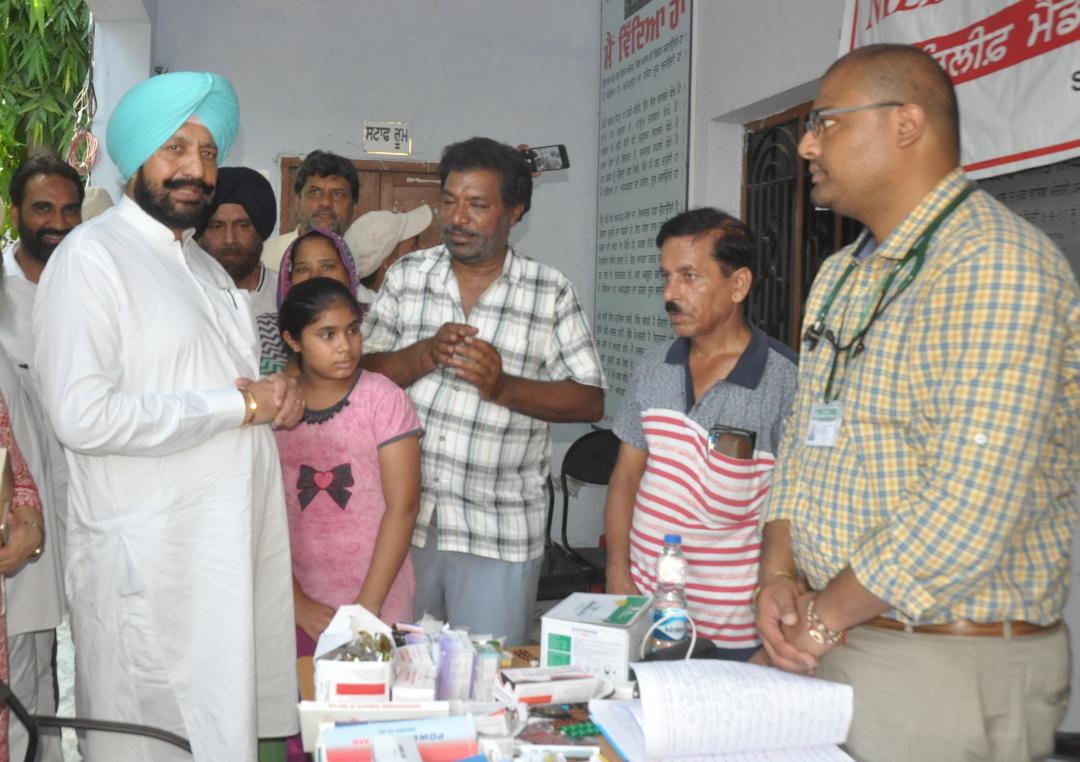 Lohian khas (Jalandhar), August 24,2019:Health Minister of Punjab Mr. Balbir Singh Sidhu today said that the department is fully geared up to control spread of any disease caused by the heavy floods in Ropar, Jalandhar, Ferozepur  and Kapurthala districts.

Interacting with the media here after visiting the food relief camp today, the Minister, accompanied by MLA Mr Hardev Singh Laddi, Deputy Commissioner Mr Varinder Kumar Sharma and Senior Superintendent of Police Mr Navjot Singh Mahal, said that the main challenge would arise in the form of vector borne diseases after the water level decreased and the department has already chalked out a comprehensive plan to counter any undesirable situation in the hour of crisis. He said that several teams of specialist doctors have been deployed to counter any adverse situation. Mr Sidhu also said that many joint action teams have also been constituted  comprising doctors from health department and animal  husbandry department as some cattle may have died due to the flood which would be major challenge for the department. 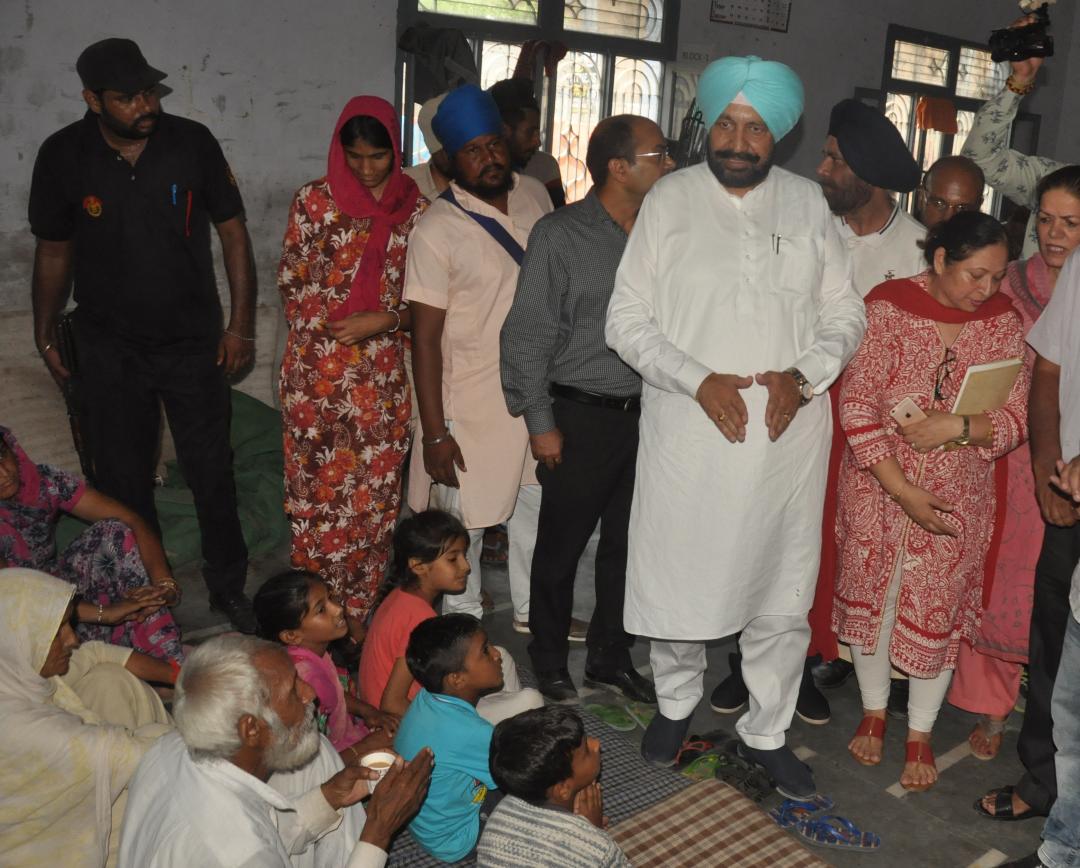 Replying to a question about the vacant posts of doctors in the area, the Minister said that keeping in view the alarming situation, specialists doctors have been deputed at Civil hospital Lohian and Sultanpur Lodhi, which also comprised gynaecologists at both hospitals.

Earlier the Minister also visited the relief camp at Senior secondary school , Lohian Khas and met the people of village Mandala , which were badly affected with the flood. He assured them that the Punjab Government would provide all kind of facilities and financial aid for their rehabilitation as soon as the water level decreased.

The Minister also visited the medical camps at Lohian, two doctors and Para medical deputed to treat the flood affected people. He asked the civil surgeon Dr. Gurinder Kuar Chawla to personally monitor the functioning at medical camps besides ensuring adequate supply of medicines for the needy ones. 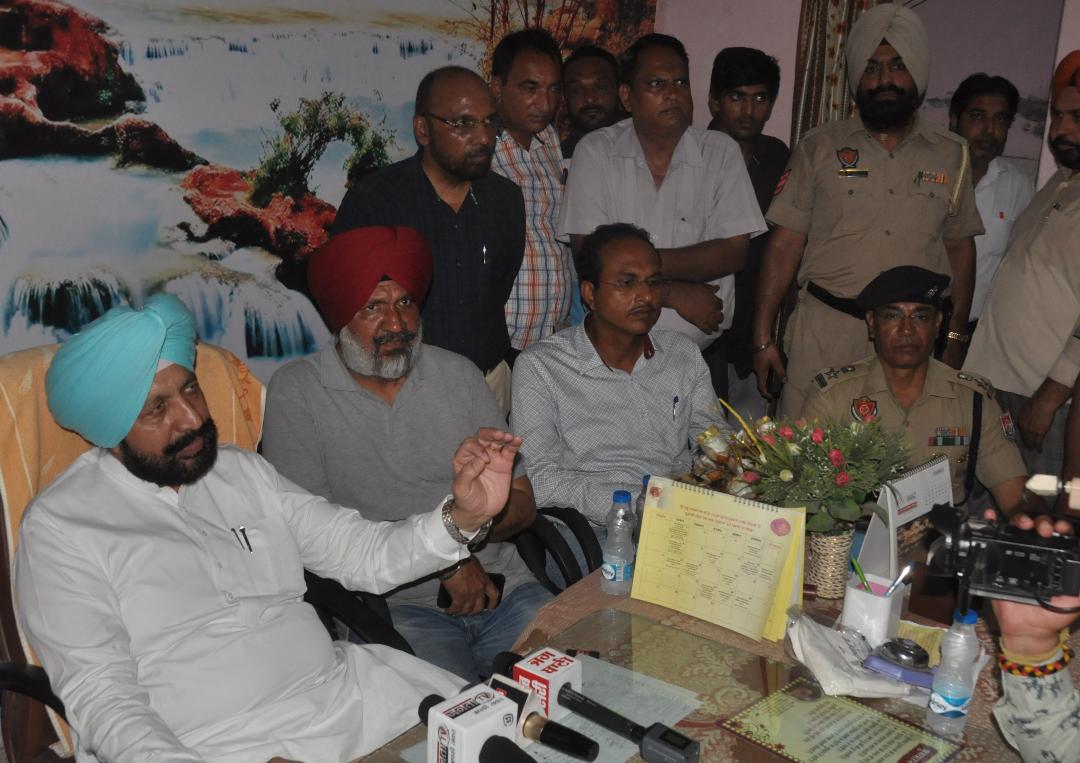 Prominent amongst present on the occasion civil surgeon Dr. Gurinder Kaur Chawla and others.