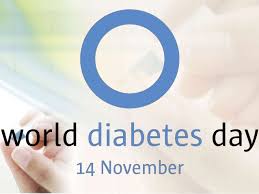 Disclosing this, an official spokesperson of the Health Department said in these screening camps people are being screened for various Non-Communicable Diseases like diabetes, hypertension and obesity. He said that the focus of these screening camps is to find out the hidden case and awareness generation about NCDs.

He further said that every year ‘World Diabetes Day’ is celebrated on 14th November. The purpose of this day is to raise awareness of a condition that millions of people all around the world live with every day. He said that as per WHO statistics, more than 422 million people are living with diabetes.It is estimated that diabetes will be the 6th leading cause of death in 2030 with a 3.5% death share. He also said that India is the diabetes capital of the world and more than 70 million people are living with diabetes in India which is approximately 8.7% of the total population of the country.

He added that Maintaining a healthy weight, Exercising regularly, Sleeping well, Restricting intake of refined carbs in bread, pasta, deep-fried, junk and processed food and including fresh fruits vegetables, pulses, legumes, nuts in the diet are some effective ways to control diabetes.