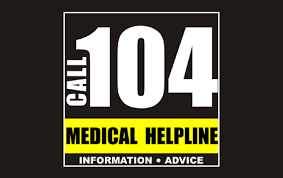 : “The Health & Family Welfare Department is providing healthcare and treatment services through toll-free number 104 in the flood-affected areas of State. In the wake of any outbreak report in the flood-affected high-risk area, the Civil Surgeons have been instructed to take immediate action to control any epidemic in State.”

Disclosing this here today, the Health & Family Welfare Minister  Balbir Singh Sidhu said that District and Block level teams of health department have been visiting the affected villages through boats to provide healthcare facilities to the patients. He said that the health teams have been instructed to stay 24×7 in densely populated villages where patients required further treatment. He said that instructions have already been issued to all Civil Surgeons to personally monitor the medical camps so as to ensure the adequate availability of medicines and treatment.

The Health Minister further said that on the directive of Chief Minister Captain Amarinder, he today visited the flood-affected areas of District Kapurthala and Jalandhar to oversee the flood relief works undertaken by the District Administration and personally checked the medical camps being organized by the health department. He added that presently, a total of 235 Rapid Response Teams (RRT) and 416 Mobile Teams of Health Department are working day & night in the affected areas of districts as per the micro-plan prepared to facilitate medical services in rural and remote areas.

Divulging more, he said that out of 22 districts, 7 districts are flooded which include Ferozepur, Fazilka, Jalandhar, Kapurthala, Moga, Ropar and SBS Nagar. The Health Minister also said that as many as 1503 patients have been provided the treatment in the camps and tablets of chlorine and packets of ORS are being distributed in all flood-affected villages. He said that the Department of Health and Family Welfare is well prepared to tackle the situation and necessary instructions were circulated across the entire state well in time.

He also divulged that control rooms have already been established with the functional telephone number. The District teams have identified high-risk areas in the respective flood-affected villages and cities. He said that as per the information in the districts, all the necessary medicines and logistics are available in Government Hospitals.