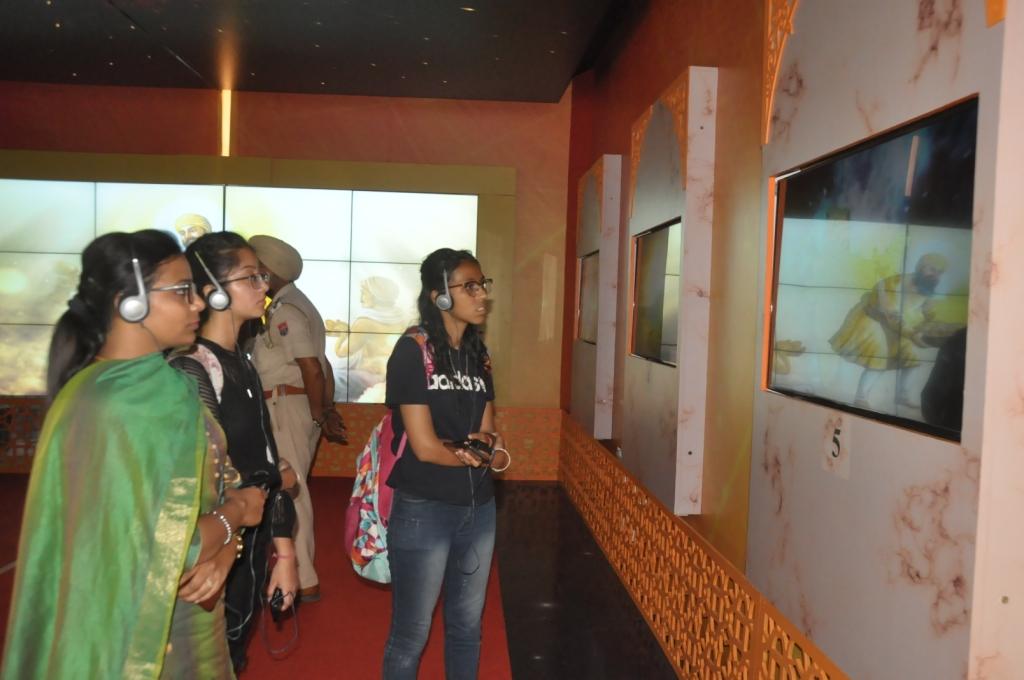 Jalandhar, October 15,2019:Thousands of spectators from the city today experienced a divine experience as the Punjab government’s hi-end digital museum was today thrown open to the people at the sprawling grounds of the Lyallpur Khalsa College, near the BSF chowk.

As soon as the museum was opened for the general public at 6:30 am spectators from all walks of life thronged the museum which aptly showcases the life and philosophy of Sri Guru Nanak Dev ji via ultra-modern technology. The museum has eight galleries depicting the various aspects of the life of the great guru. 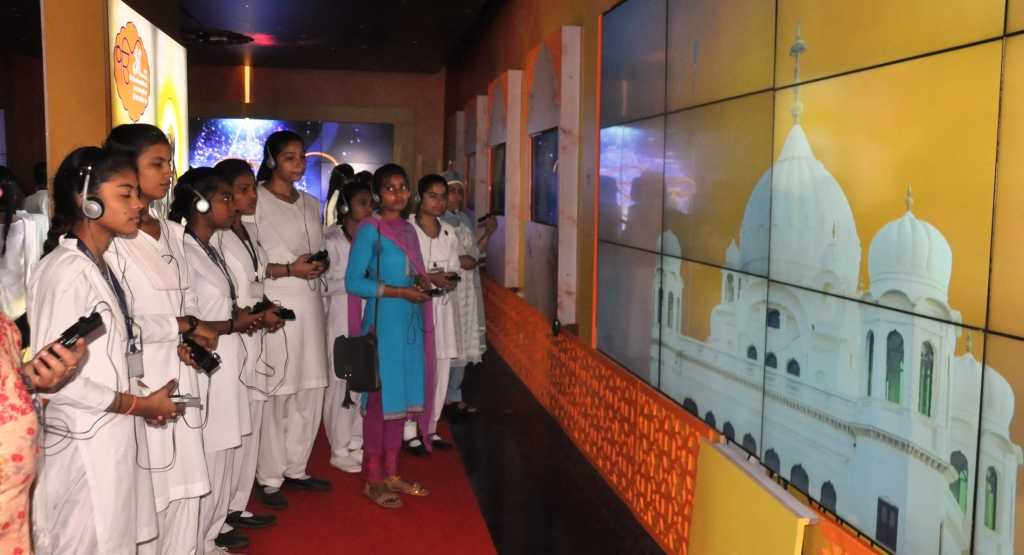 Divulging more details, the Deputy Commissioner Jalandhar  Varinder Kumar Sharma said that the endeavour was a humble effort by the Punjab government led by Chief Minister Captain Amarinder Singh to commemorate The museum the 550thparkashpurab of Sri Guru Nanak Dev Ji. He said that Digital Museum based onmulti media technologies to show the Life and Journey of revered Sri Guru Nanak DevJi .Sharma said that the experience of one God, omniscient, omnipotent, omnipresent and beyond all form and name has been brought Alive in the Digital Museum . 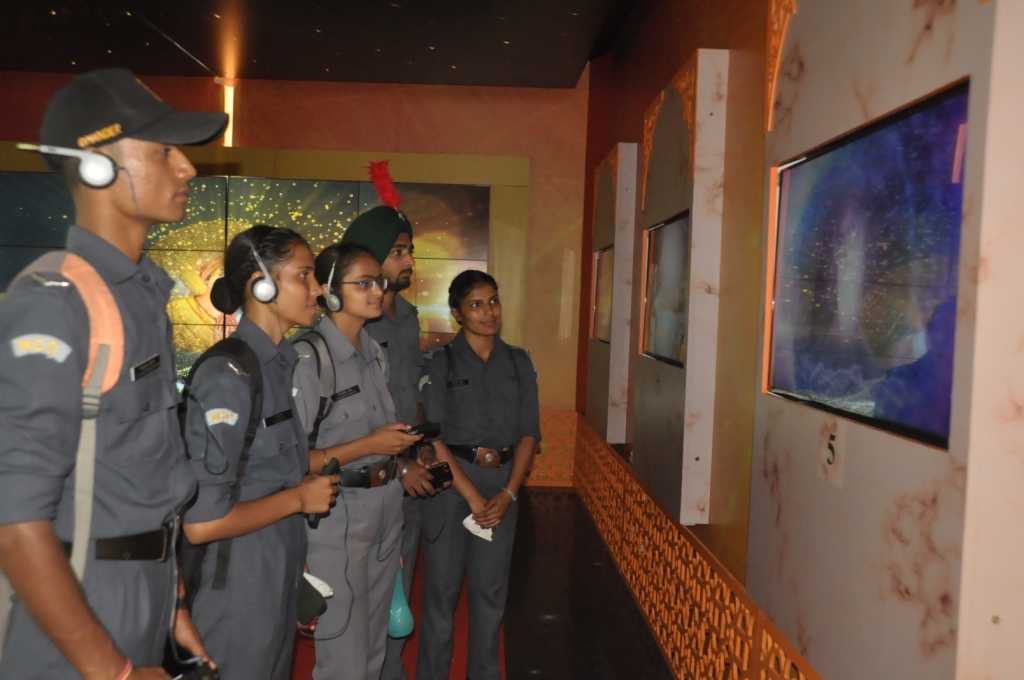 The Deputy Commissioner said that mesmerising never seen before Museum has brought together various technologies like Large Format Display (LFD) screens, Radio Frequency Identified Devices (RFID)) headphones, Immersive Sublimotion and a Virtual Reality (VR) experience.  He said that  Sri Guru Nanak Dev ji was  one of the most widely travelled persons of his times as he spent almost twenty years of his life in travelling. Mr. Sharma said through RFID headphones the digital museum shares the path of these udaasis. 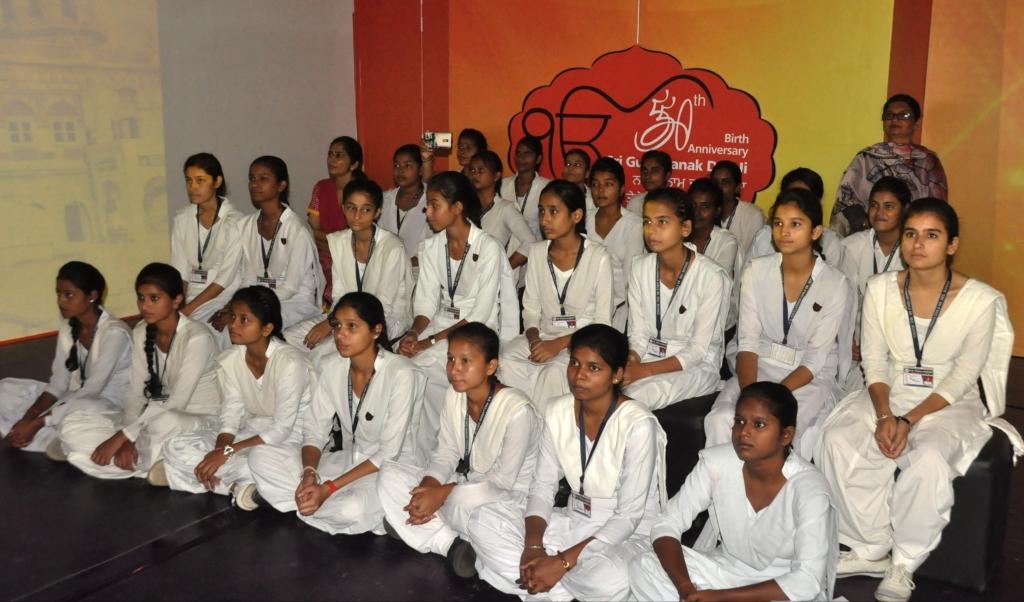 Likewise, the Deputy Commissioner said that the digital museum combines science, art, technology, design and images of Sri Guru Nanak Dev ji to create an immersive experience. He said that the life journey of anecdotes and interpretative discourses of Sri Guru Nanak Dev Ji was also showcased through International Immersion of Sublimotion three wall projection and LFD screens.  Sharma exhorted people to visit the museum in huge numbers and be a part of this unique endeavour of the state government on October 15,16 and 17 adding that light and sound show would be presented before the people on October 16 and 17  from 7 pm to 7:45 pm and 8:30 pm to 9:15 pm.