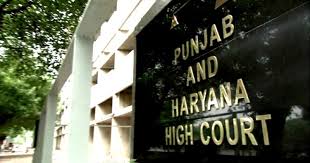 Acceding to the self-defense plea taken by the accused counsel Abhilaksh Gaind, the High Court has ordered the arrest stay of the accused Mandeep Singh. During the first hearing of the anticipatory bail application, the counsel for the petitioner Abhilaksh Gaind submitted the facts that Mandeep Singh attacked deceased Sukhwinder Singh just in self-defense to save his life and his uncles who were in the clutches of Sukhwinder Singh and others.

Mandeep Singh had gone to save the life of his uncle when he sustained several previous head injuries because he was being beaten by the deceased and his companions badly. If he did not attack Sukhwinders, he would have been killed.

The police had registered a case against both the parties for the incident on October 18, 2019. The accused Bohar Singh had already been arrested in this case while the police were looking for Mandeep Singh.

Mandeep Sing had filed an anticipatory bail in the High Court, whose arrest has been stayed after hearing the arguments by his counsel.