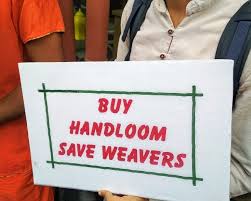 The four MoUs signed include tie-ups with the HP State Handicrafts and Handloom Corporation Ltd (HIMCRAFTS) and the HP State Handlooms and Handicrafts Development Cooperative Federation (HIMBUNKAR) that will provide a platform to sellers, MSMEs, artisans, and weavers from the state online selling through the e-Commerce.

The official of the Industries Department said that the department and Amazon.in have joined hand to enable handlooms sellers and artisans to sell their products on Amazon.in. Under the tie-up Amazon India would conduct training and on-boarding workshops at pre-identified product cluster locations of Baddi, Solan, and Shimla in order to familiarise MSME exporters with creating a seller account and listing their products on the Amazon site.

Another MoU was signed with the HP Department of Horticulture that would empower community-based organisations such as farmer producer organisations, cluster-level federations, and primary agriculture cooperative societies to benefit from eCommerce. At present, Amazon.in has close to 2,000 sellers in its list of Himachal Pradesh, of which close to 100 sellers export over 37,000 ‘Made in India’ products across the world. They registered sales of over $33 million in 2019 through Amazon’s Global Selling Programme, a statement from Amazon said. 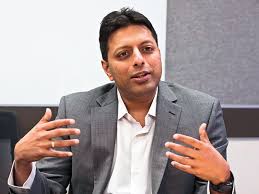 Amazon India’s SVP and Country Manager, Amit Agarwal, said, “We see a catalyst role for us in three key areas: jobs, MSME empowerment, and exports. Our four different MoUs signed with the Government of Himachal Pradesh will help us play a significant role in addressing those areas and empower the local community of women entrepreneurs, artisans and weavers, MSMEs, and SMBs.”   Recently, Amazon India also extended its partnership with Flexiloans for a second year. According to reports, the integration of the platform with Amazon Lending Marketplace will enable Amazon sellers to apply and monitor their loans from their seller dashboard itself.Handloom weavers have travelled a long way. And on that road have perished not just crafts people but a cultural tradition that was distinctive. “Urbanization takes the high road to fashion, it has left in its wake a cultural legacy and shattered lives, resulting declining number of weavers,“ R.K. Minhas. In the rush of modernisation and globalisation, we are erasing something very distinctive and special, adds he. 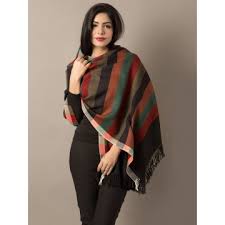 The history of Kullu shawl is almost a century old. The credit for weaving the first kullu shawl goes to Shru Ram of Banoter village, who presented a beautiful shawl to Devika Rani, the famous actress of yester-years. In 1926, for the improvement and development of this dying heritage, the government opened an Industrial Training School in Kullu district where training is being imparted to students in weaving. In 1942-43 an avid student—Ved Ram Thakur emerged from this school. He did a deep study of Kullu shawl and introduced many hand made designs. He also set up a Bhutti Weavers Cooperative Samiti to save the community from clutches of urbanization .The central government has also cleared a project “Hill Area Woollen Handloom Project” and the state government has gone one step ahead with signing of MoUs to provide a platform to them to market their products. With the infusion of new life in this dying cultural heritage of the state, the government’s endeavour the future of handlooms in the state seems to be bright

GNDU organise ONLINE workshop for administrators,  teachers and researchers*
Pay us pending 1850 crore to enable us to pay the staff’s salary: JAC
Comment