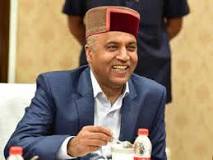 SHIMLA February 4, 2020: Recession has been made to stand here upside down. And the stigma of non-performance that generally comes to stick to some government wings, has been washed clean.  The economic meltdown, so it seems, has had little impact on the front of the tax collection of the Himachal Pradesh. In fact, if the tax collection netted by the state government in 2019-20 is any indication, these have made the slow downturn on its head.

Stating this here on Monday, Himachal Chief Minister Jai Ram Thakur said that putting all the counts together, the government, despite overall global recession and slow down, earned tax collection to the tune of 17.2 percent till January 31, 2020, which was a healthy sign of economic growth of the State.

The chief minister said that the state government has taken several steps to increase the revenue and tax collection in the State, adding that the State Government was regularly reviewing the tax revenue collections in the state and taking necessary steps to keep the momentum going.

He said that the results for the current year were also encouraging, as the overall GST collection has registered a growth of 50.76 percent. Thakur said the state government was also ensuring effective enforcement of GST in tourism, construction, and hydro-electric projects, etc. besides taking steps to realize the arrears of defaulting excise, toll and other contractors to add revenue to state exchequer.

Notably, the state has also exceeded the tax collection target of Rs 6,364 crore for 2016-17. As per provisional figures, the revenue collections crossed Rs 6,294 crore and the process of reconciliation of data in banks and treasury is still in progress and the target would be achieved, said Additional Excise and Taxation Commissioner KK Sharma. In fact demonetization of old Rs. 500 and Rs. 1000 currency notes proved a blessing in disguise as the contractors and traders with huge arrears rushed to deposit tax in old currency notes and revenue collection was Rs 391 crore between November 10 and November 30, 2016.

The collection from Value added tax (VAT) crossed Rs 4,500 crore, excise revenue breached Rs 1,310 crore mark and collections under Passenger and Goods Tax (PGT) and Other Taxes and duties (OTD) stood at Rs 122 crore and Rs 362, respectively. The 5% tax on all online sales too added to the revenue. The new excise policy of the government also increased the excise revenue by about 33 percent and the tender fee for participating in auctions alone fetched about Rs 30 crore.

CM directs to ensure smooth supply of pesticides to farmers

Emergency Operations Centers set up at state and district levels in Himachal.

Himachal Government decides  to extend superannuation of MO’s and paramedics

CORONA brings all political parties on one platform in Himachal

Effective steps being taken for control of COVID-19: R.D. Dhiman

Union Government sanctions one battalion of NDRF for Himachal Pradesh

Palak Sood gets award with Laptop

Save them from extinction for future world

Daughter plans to pay back to the soil