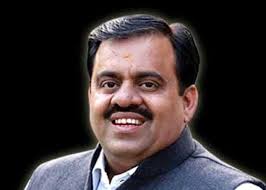 Chandigarh, October 30, 2019: “The nation would now have two new Union Territories – Jammu & Kashmir and Ladakh – from October 31 due to the historic and bold decision taken by the Union Government led by Prime Minister Narendra Modi,” stated Tarun Chugh, national secretary of the BJP.

Chugh said the new union territories will come into being on October 31, the birth anniversary of Vallabh Bhai Patel as the J&K Reorganisation Act, 2019 comes into effect.

He said the best thing would be that Urdu will now no longer be the first and official language of the state.

“Hindi will be the first and official language of the state, from Thursday onwards,” he said.

“Besides that, 106 national laws would come into effect in both the union territories,” the BJP leader said.

Earlier, the state was governed by 153 Special Laws enacted for and implemented in Jammu and Kashmir only, he added.

“Jammu & Kashmir and Ladakh would now be two separate UTs working on the UT model already in force in the country.  The Jammu and Kashmir Vidhan Sabha has 107 members and the number would now go up to 114.  The Lt Governors will be having the power to nominate two women members,” he informed.

The BJP leader said that the appointments for civil and police services would be made by the union government on the recommendations of Lt Governors from the Union Territory cadre.

Chugh said the historic and bold step of abrogation of Article 370 and 35-A, taken by Prime Minister Narendra Modi and Home Minister Amit Shah with two-third majority in the Parliament paved the way for bringing Jammu and Kashmir into the mainstream.

“This is not only going to open the flood-gates of development for Jammu & Kashmir and Ladakh but has already strengthened India’s claim on Pakistan occupied Kashmir,” he added.