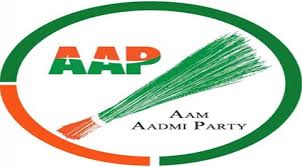 Chandigarh, July 28, 2020: The Aam Aadmi Party (AAP) Punjab would soon meet Governor of Punjab VP Singh Badnore  on the issue of blatant human rights violations under the Prevention of Illegal Activities Act (UAPA) and the deteriorating law and order machinery in the state.

In a statement issued from party headquarters in Chandigarh on Tuesday, party spokesperson and Kotkapura MLA Kultar Singh Sandhwan informed that Leader of Opposition (LoP) Harpal Singh Cheema had sought an audience with the Governor of Punjab.

Sandhwan made it categorically clear that the Aam Aadmi Party (AAP) did not allow  anti-social activities or any anti-social elements taking the law into their own hands. He said if the state police dispensation, under the guise of ensuring law and order, would continue harassing  the people, it would be a downright violation of human rights, saying the Aam Aadmi Party won’t allow it to happen and would raise pitch against it at all level.

The AAP leader alleged the dubious activities carried out by Punjab Police under the guise of UAPA had come under scanner for many reasons than one, saying Chief Minister Capt. Amarinder Singh and DGP Punjab Dinkar Gupta should personally scrutinize the cases being registered under the UAPA Act. He added that such cases must be investigated,  regardless of any discrimination, political motive and the accountability of police official concerned be fixed so as to ensure that the UAPA Act was not misused.