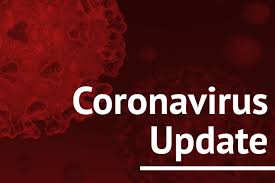 Chandigarh, March 28,2020  ( By YS.Rana):-  It is a matter of great relief for Haryana as out of the 20 patients infected with the Novel Coronavirus, 6 people have now recovered fully, including 5 persons from Gurugram and one from Faridabad district. While it is also also a  matter of relief that there is no causality in the State.

The information was shared with Haryana Chief Minister during the meeting held with the District health officers and representatives of medical colleges of the State through video conferencing here today.  Haryana Health Minister Mr. Anil Vij was also present in the meeting.

The Chief Minister was apprised that out of 10 positive cases in Gurugram district, now samples of five people is negative which means that they have completely recovered from the disease.  It was informed that the sample of the first COVID-19 patient of the district is also now negative.

The Chief Minister appreciated the efforts of the officers and employees of the Health Department, especially the officers of Gurugram and Faridabad District Administration, who are engaged in the work of preventing the spread of the Coronavirus. He directed the officers concerned to focus on setting up exclusive COVID-19 hospitals.

The Chief Minister directed the District level Health Department officers that a team of specialist doctors should be constituted in their respective districts so that if necessary they can mutually coordinate to take necessary steps to stop the spread of Corona and can also discuss their strategies for dealing the same and can further take the right decision.

The Chief Minister directed the officials to develop a ‘mobile-app’ that can monitor the activities of the people who have been ‘home quarantined’ and through this app, the State Government should get the information about such people who go away from the designated places so that legal action will be taken against them.

Speaking on the occasion, the Home Minister Mr. Anil Vij directed the police officers to monitor the activities of the ‘Home Quarantined’ people and the concerned Station House Officer should keep a regular check on them, and if anyone is found violating the rules, then action should be taken against them.

Hryana decides to give subsidy on Farm Equipment

PM’s package will cater needs of every segment of the society : Arun Sood

CM presides over Video Conferencing with DCs, SPs and CMOs