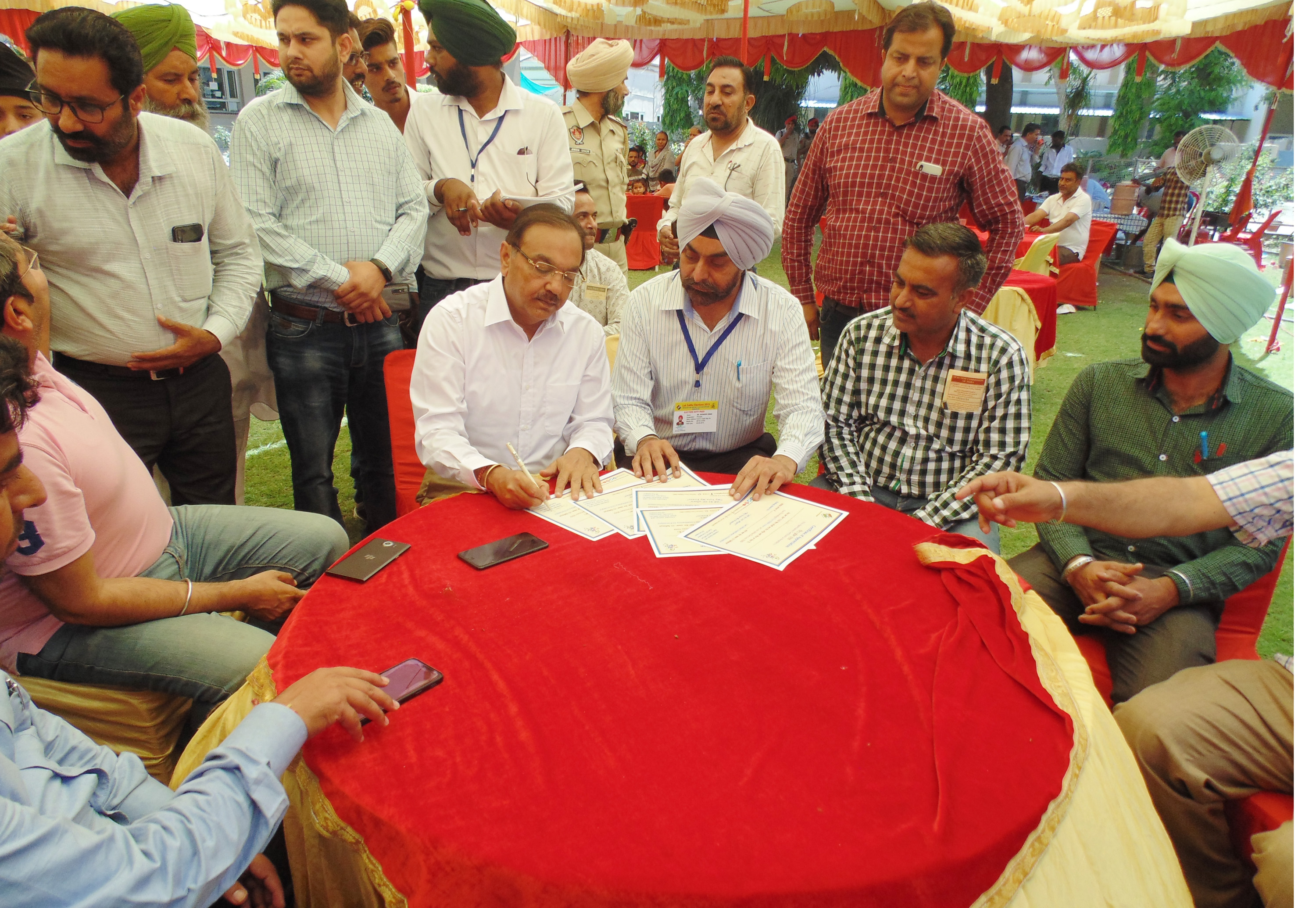 PEACEFULL POLLING IS A RESULT OF ROUND THE CLOCK VIGIL AND STRICT IMPLEMENTATION OF MODEL CODE OF CONDUCT IN THE DISTRICT: DC MR. CHANDER GAIND

Ferozepur, May 19,2019 : In spite of scorching heat on Sunday May 19, a total of nearly 72.58 percent voters participated in the country’s mega festival by exercising their franchise in huge number.  Ferozepur Lok Sabha seat had huge voting turnout as per tentative figures prepared by district administration late night. 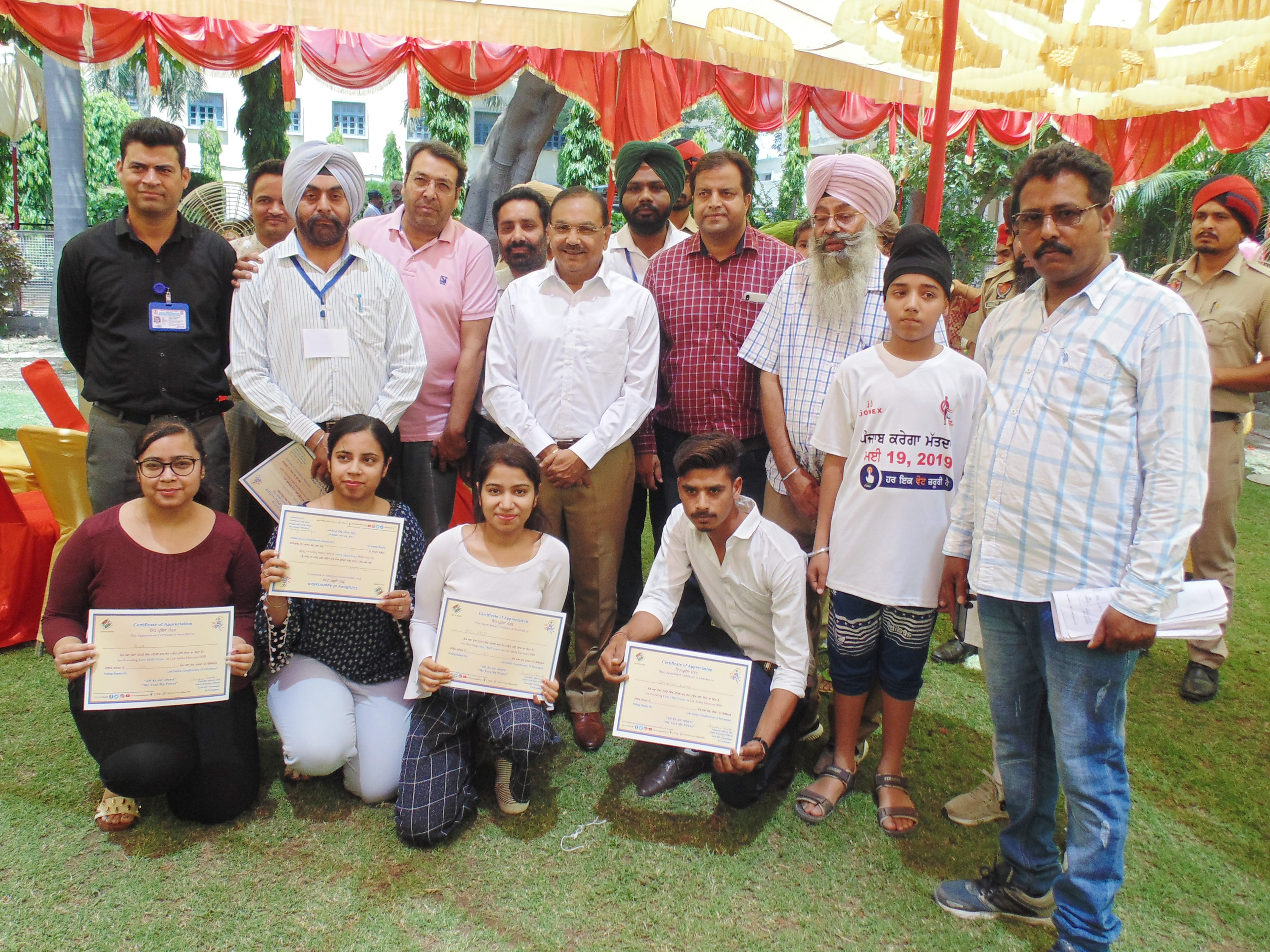 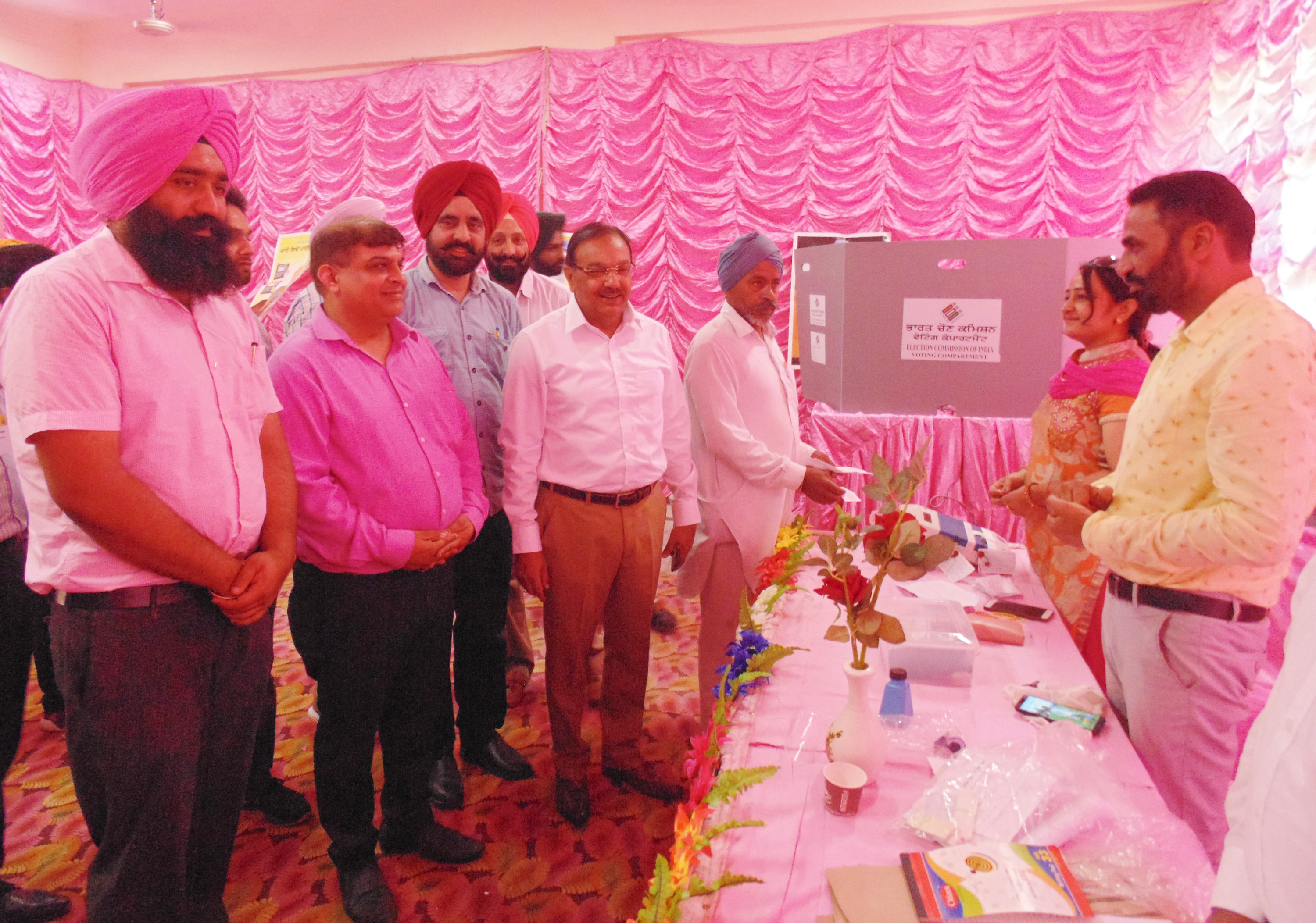 In previous LokSabha polls 72.62 percent voters had cast their votes in Ferozepur constituency, where as in this election almost same percentage have been achieved. Out of total 16,18,419 voters including 8,62,955 male and 7,55,429 female voters a total of around 11,74,648 voters have exercised their franchise, which was around 72.58 percent of the total voters. Sharing assembly segment wise poll percentage, the deputy commissioner said that Ferozepur city had tentatively 65.36 percent polling, likewise Ferozepur Rural 72.46, GuruHarsahai 77.83, Jalalabad 77.67, Fazilka 77.31, Abohar 72, Balluana 72.72, Malout 69.09 and Shri Muktsar Sahib assembly segment had 68.78 percent tentatively polling. Out of all nine assembly segments the Guru Har Sahai segment is on the pinnacle with 77.83 percent polling where as the Ferozepur cityassembly segment had the lowest percent polling with 65.36 percent polling. DC Hain said that due to round the clock vigil and strictness from law and order point of view not even a single incident of violence has been reported in the district. The whole district administration along with police department has been on its toes on during poll process, he added. Patrolling parties of police departments and surveillance teams were deployed around the polling booths especially near sensitive booths and election commission was keeping eagle eyes over these booths through webcasting and other means, the deputy commissioner said. He further added that the peaceful polling was the result of round the clock vigil and the strict implementation of the model code of conduct in its letter and spirit.

The deputy commissioner himself remained on the round of the various polling booths of the districts to ensure the foolproof arrangements made by district administration for the voters. He randomly visited different polling booths and interacted with the youngsters, Persons with Disability (PWD) voters and senior citizens. He took stock of facilities and assistance provided to the voters-in-need. After collecting the valuable feedback from the voters, the deputy commissioner expressed his full satisfaction with the booth level arrangements. The deputy commissioner visited the RSD College and HM government senior secondary school, where modal polling stations were setup under SVEEP campaign. Thereafter he visited SBS College, where pink booth (completely managed by women polling staff) was set up and interacted with the polling staff and asked about their experience with this unique initiative of election commission. During his visit on the booths he felicitated first time voters by distributing them appreciation letters and encouraged them for showing up on the poll day despite scorching heat. Voters asked Gaind for Selfies and the deputy commissioner reciprocated in the same manner. At all the modal polling stations the adequate arrangements of tea, coffee, snacks were made for the voters and these polling stations were decorated with the canopies, which gave an festive look to these polling stations. He congratulated all the voters of the district for enabling Ferozepur constituency to have a good voting turnout.