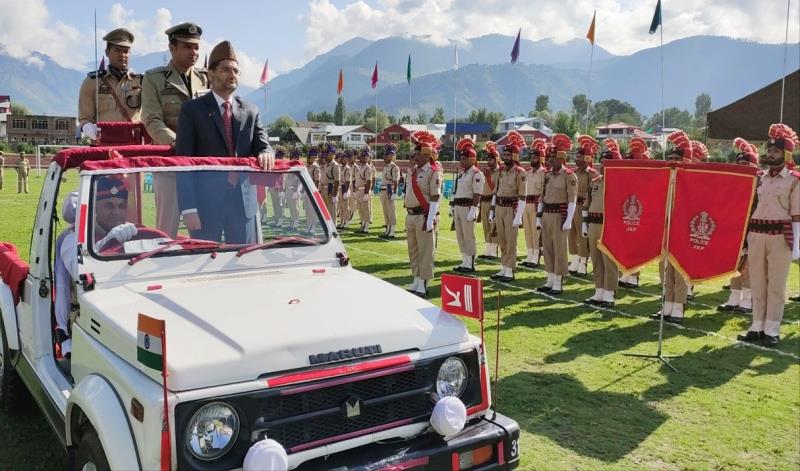 Deputy Commissioner Bandipora Shahbaz Ahmad Mirza, who was chief guest on the occasion, unfurled the National Flag, inspected the parade and took salute at the March past presented by the contingents of JKP, CRPF, JKHG and SPOs.

In his address, the Deputy Commissioner congratulated the people and the administration for the successful implementation of recently concluded ‘Back to Village’ programme. He said that the district administration is committed to achieve the target of sustainable development.

Terming Bandipora as capital of sports activities, the DC said that an extensive youth outreach programme has been launched by the district administration for the welfare of the youth where in 100 playfields are being developed during this fiscal.

On the occasion, Mirza awarded a number of officers and fieldworkers for their outstanding performances.