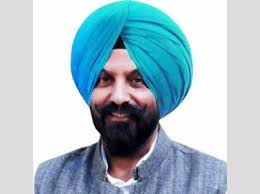 Giving this information, Parminder Singh Pinki, MLA Ferozepur said, the posts of members of the Trust were lying vacant since long in which three new members have been nominated by the Punjab Government.  He said, Dr.Madhu Prashar, Harjinder Singh Sangha and Mukhtiar Singh, Retired Inspector have been inducted as new members of the Trust, headed by Commissioner Ferozepur Division as Chairman.  Besides, Deputy Commissioner and SSP are also ex-officio member of the Trust.

Congratulating the three new members, MLA Pinki said, the appointment of new members will speed up the on-going  development and beautification work of  Martyrs Memorial at Hussainiwla.

He said, sometime back, Rs.8 crore project to develop it as tourist spot was started against which Rs.6 crore have already been received and the project will be completed within the coming six months. The project includes the Light and Sound programme arrangements besides beautification and maintenance of old Hussainiwala Railway Station.