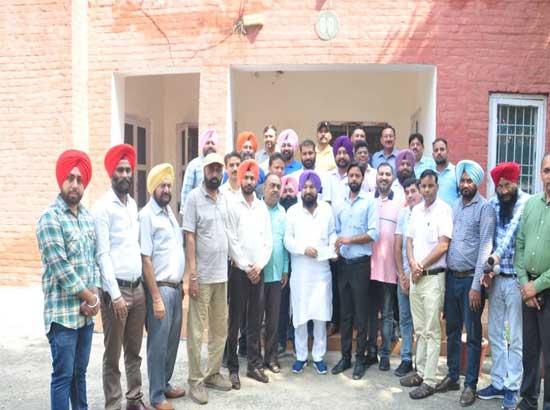 Amarinder Govt will do everything possible for the welfare of journalists.

Patiala/Jalandhar, August 24, 2019 :  Instead of doing politics on the issue of floods in the state, Union Minister Harsimrat Kaur Badal should use her influence to get Rs. 1000 released as compensation to Punjab to tackle flood miseries. This was stated by Mr. Hardyal Singh Kamboj Chief Whip of the Congress party in the Punjab Vidhan Sabha.

Talking to media  on ‘Meet the Press’ Programme in Patiala Media club here today,  Hardyal Singh Kamboj said that Punjabi Chief Minister Capt. Amarinder Singh has already apprised the Centre on the situation due to floods in some districts of the state. He said that instead of doing politics, Mrs. Badal should use her influence to get Rs. 1000 crore released from Modi Government as soon as possible to help flood victims.

Responding to queries, Kamboj said that Modi government should seek advice from world known economist Dr. Manmohan Singh to recover from the slump which the country in facing on financial front. He said that wrong policies of the Modi government has resulted in this slump in which thousands of youth have lost their jobs.

Talking about the achievements of the Amarinder Government, the Congress Chief Whip said that waiving the loan of the farmers to the tune of Rs. 5000 crores is biggest achievement of the Congress government. He said that though the world is grappling with economic crisis, the Punjab government has succeeded in th waiving off the loans of poor farmers which has provided much needed relief to them.

He said that this government is committed for the welfare of the media fraternity and almost 4500  journalists have been identified who will get the benefit from the health insurance scheme extended for them.