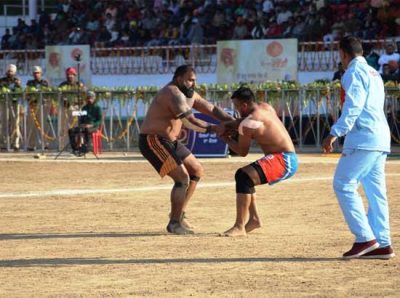 Sri Anandpur Sahib, December 08, 2019:    The two semifinal matches of the International Kabbaddi Tournament organised at Charan Ganga Stadium here today. The first semifinal match was played between Canada and England. In the first quarter Canada scored 09 and the England scored 10 points and at half time Canada gained lead over England. The Canadfa scored 20 points and England scored 17 points. After half time, Canada consolidated its lead in the third and the fourth quarter and finally beat England by scoring 45 points against 29 points scored by the rival.

The stadium was jam packed with the spectators and the renowned artist Sunanda Sharma enthralled the audience with her melodious singing.

The final match would be played between Canada and India at Dera Baba Nanak on December 10.