KANGRA (HP), (By Yadavindra S Rana )   —Though the day was clear and sunny over district Kangra people of the area felt the warmth of sops showered by the chief minister during his first winter sojourn to the district.

Himachal Chief Minister,  Jai Ram Thakur during his first phase of winter sojourn to Kangra has dedicated and laid foundation stones of projects worth Rs 165 crore covering three assembly segments of the district while he was addressing a huge public meeting at Surajpur in Indora Vidhan sabha. 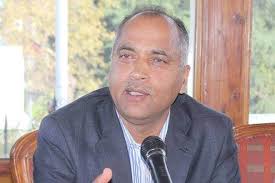 He said that projects worth Rs 65 crore were dedicated to Indora assembly segment and foundation stones and developmental projects of Rs 50 crore each had been provided to the Baijnath and Kangra Vidhan sabha area. 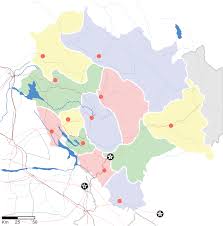 He said that the state government gave top priority to develop Kangra district being the biggest district of the state. He also took those to hand who had questioned the Global Investor Meet held at Dharamsala. The government had succeeded in signing MoUs worth Rs 96,000 crore and the government had been successfully performed projects worth Rs 13,400 crore.

The chief minister further said that the government was committed to good governance, innovations in various sectors and public services. Effective implementation of these schemes had brought a change in the lives of people.

Jan Manch’s program of the state government has proved a boon to the people in redressing their grievances, he said and added that Him Care Scheme was also launched to cover 22 lakh people of the state those were not cover under Ayshman Bharat Scheme, a central government scheme.

Thakur also announced Rs 2 crore each for setting up of cow sanctuaries at Palampur, Jwalamukhi, Jaisimpura and Jwali Vidhan sabha area of the district. With the same breathy he announced up-gradation of the civil health center, Gangth to Civil Hospital and health center Tewara to Public Health Centre. He has also announced funds for the construction of various roads in the area.

During the sojourn, he laid the foundation stone of the multi-village water supply scheme at Sarswati Vidya Mandir School at a cost of Rs 34.82 crore that would provide drinking water to 80 villages of Indora area.

‘New Norm of Governance in the States in India’

Haryana gets honour with a Commendation Award (Krishi Karman Award)