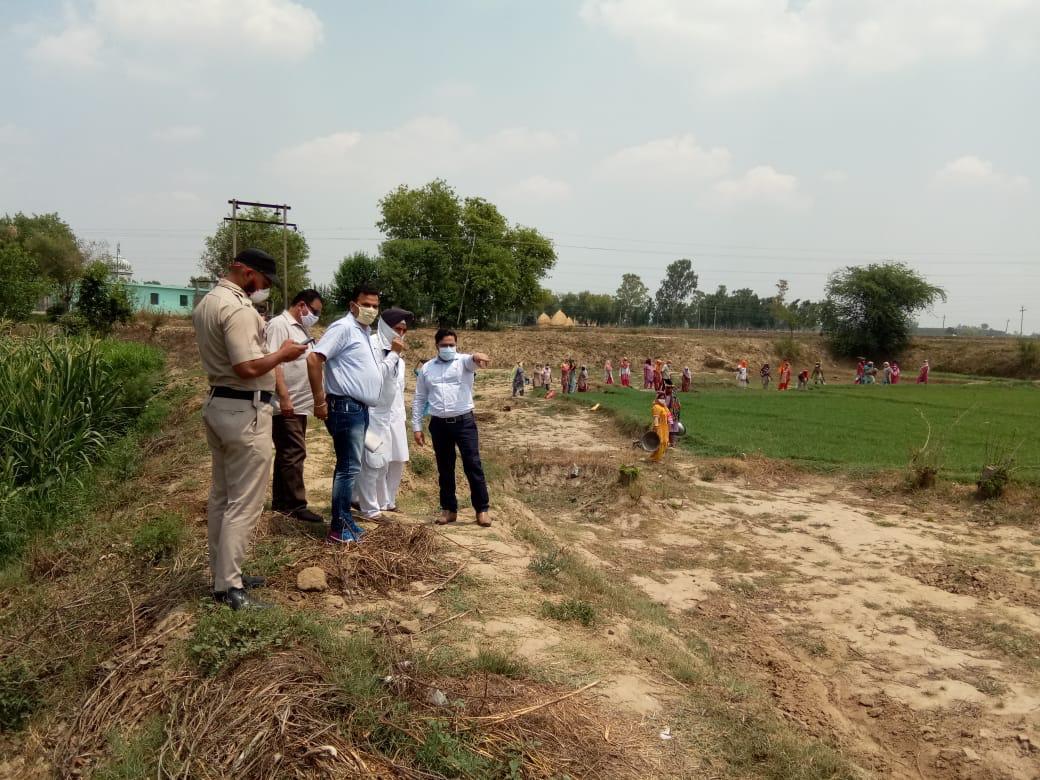 Jalandhar, June 1,2020: In order to clean the village ponds for recharging ground water level across the district, the Jalandhar administration has started the work of dewatering 987 ponds and de-silting 434 ponds under Mahatma Gandhi National Rural Employment Guarantee Act (MGNREGA).

The Additional Deputy Commissioner Mr. Vishesh Sarangal, who inspected the ongoing work of such ponds in Jalandhar (East) and Adampur blocks, said that the special campaign has been embarked by the state government led by Chief Minister Captain Amarinder Singh to renovate village ponds  for ensuring pollution free environment, maintenance and creation of old and new green belts. He said that a massive drive has been initiated to give facelift to 987 ponds in the villages under MGNREGA. Mr. Sarangal said that out of these 987 ponds dewatering was required in 815 ponds and the work of 692 such ponds has been completed whereas 264 ponds have been dewatered so far.

The Additional Deputy Commissioner said that 434 ponds in the villages needed de-silting and work on 209 such ponds have already started whereas the work was complete on 79 of them. He said that so far Rs 54 lak has been spent on this project under MGNREGA. Mr. Sarangal said that Ponds were significant resource of water in village life but due to lack of cleaning of Ponds, overflow has became common problem in villages adding that the major reason behind this problem was silt and other in organic materials that gradually settled down into the base of ponds thereby reducing the capacity of ponds.

The Additional Deputy Commissioner said that Government has decided to restore these ponds and increases the water holding capacity. He said that ponds were easiest and cheapest source of recharging ground water. Mr. Sarangal said that clean ponds could use act as multipurpose source for catering to needs of villagers.