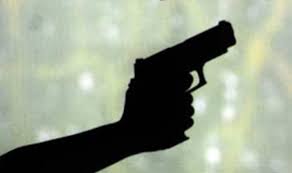 One youth was injured during firing on Nakidar Road

Jalandhar, July 5,2020: The Jalandhar Commissionerate Police has arrested the main perpetrator of the firing incident which took place on Sunday wee hours, in which one of them was seriously injured, besides booking six criminals along with some unidentified persons in the case.

Divulging the details, the Commissioner of Police Gurpreet Singh Bhullar said that the Police has got information that a youth identified as Nitin Arora has been injured after firing incident at Nakodar road near Lovely Timber House. He said that as the Police immediately rushed to the spot the youth tried to mislead the Police that it was an attack on them by their rival group. However, Mr. Bhullar after thorough investigation into the case the Police arrested Rajat Gangotra who was along with Nitin for perpetrating this firing incident.

The Commissioner of Police said that during investigation of Rajat it came into light that three notorious criminals lodged in Jail were running a group which was undertaking criminal activities in the city. He said that several unidentified youth of this group led by Rajat Gantotra, Akashdeep and Nitin Arora had gathered on Nakodar road near Lovel Timber Store at around 1 am on Sunday morning with weapons for undertaking some serious crime. Mr. Bhullar said that before committing the crime youth had some heated argument amongst themselves after which Rajat Gangotra instigated Akashdeep to open fire on Nitin Arora.

Subsequently, the Commissioner of Police said that Nitin was seriously injured and admitted to a private hospital from where he was referred to DMC Ludhiana. He said that during investigation by Police it has came into light that these youth were assigned criminal task for fulfilling it. Mr. Bhullar said that the Police have registered a case under section 307, 160, 148, 149 and 120-B of the Indian Penal Code (IPC), 25 of the Arms Act and 3 of the Epidemic Disease Act against Rajat Gantotra, Akashdeep, Nitin Arora and three others along with several unidentified persons. He said that the further investigation from Rajat was going on and the culprits would be soon behind the bars.