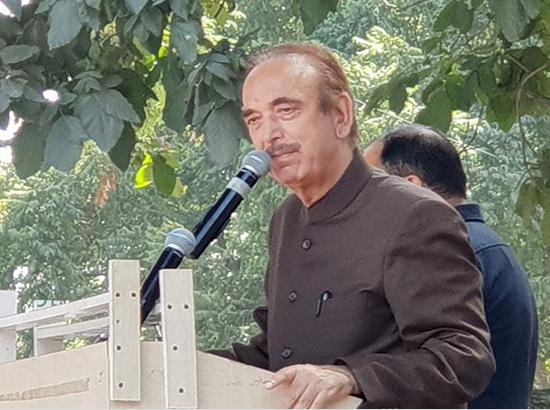 Patna, May 15, 2019 : Congress today claimed that parties like JD(U) and Akali Dal could extend their support for a non-BJP government at the Centre after Lok Sabha elections as people have rejected politics of hate, spearheaded by Narendra Modi, who will not be able to become Prime Minister again at any cost.
Leader of the opposition in Rajya Sabha and senior Congress leader Ghulam Nabi Azad told media persons here: “Parties like JD(U) and Akali Dal, which are currently part of NDA can support the formation of a non-BJP government at the Centre in post-election scenario.”
Mr Azad said BJP was responsible for sparking violence in West Bengal as well. Having witnessed the outcome of supporting Narendra Modi in the past Lok Sabha election, people will not fall into Mr Modi ‘s trap again, he claimed.(Source:babushahi.com):