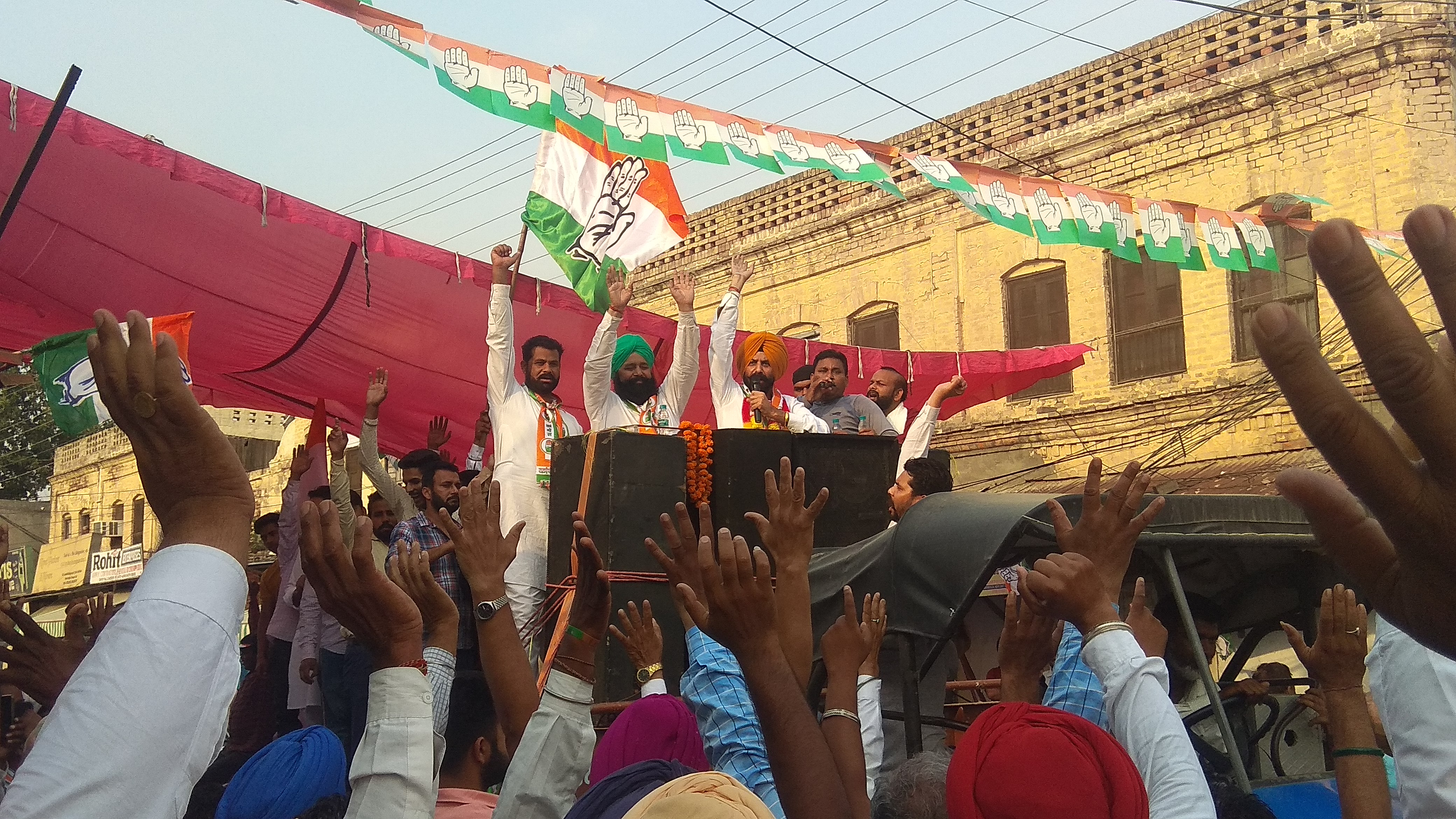 IT IS CERTAIN THAT SUKHBIR WILL LOSE THIS SEAT WITH A MARGIN OF MORE THAN TWO LAKH VOTES: PINKI
Vikramditya Sharma  :
Ferozepur, May 16, 2019: Just two days ahead of Lok Sabha polls, Congress candidate Sher Singh Ghubaya along with Congress MLA from Ferozepur (Urban) and his supporters hold a roadshow in the city and cantonment area. Ghubaya on this occasion seemed confident about his victory and said that people have made up their mind to change the Narendra Modi led NDA government in the center. He said that the people are fed up due to demonetization and GST which were initiated by Modi.
Pinki on this occasion while targeting Sukhbir, said that during his tenure as Member of Parliament in Faridkot, Sukhbir could not bring any development there, and now he is the promising moon to the innocent residents of Ferozepur. “Sukhbir nu is seat di china Nahin Karni chahidi kyunki ih seat tan Sukhbir 2 Lakh votan to harega. Hun je uh Bathinda di bacha sakda ta bacha lave (Sukhbir should not worried about this seat, it is certain that he will be defeated with a margin of more than 2 Lakh votes. Now he can try to save Bathinda seat), said Pinki.
It is pertinent to mention here that people from the Ferozepur city and cantonment area have been complaining about the Sher Singh Ghubaya about his “inaccessibility” in this region.  Several people were seen complaining and claimed that last time they had seen Ghubaya in 2014 only when he was asking for votes as a SAD candidate.
Due to the roadshow and traffic jam, the commuters had to bear the brunt. Several people, including women also, had to face a lot of problems.
YAD WORKERS WERE CANVASSING DOOR TO DOOR IN THE MARKET AREA WHEN GHUBAYA ALONG WITH HIS SUPPORTERS REACHED THERE
Just before the Congress Roadshow, the Youth Akali Dal (YAD) workers were also holding “door to door canvassing” in the markets of the city area. When Ghubaya along with his supporters reached the main market of the city area, from where the roadshow was planned, hundreds of YAD workers were already there. Due to which the situation became tense. However, things did not take any ugly turn due to the alertness of police and civil administration.