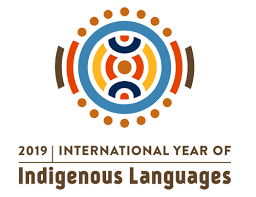 By Anmol Rattan Narang :
An executive domiciled at Tamil Nadu was posted as a Zonal Manager of a Nationalized Bank in Jalandhar in the year 2008. The gentleman knew no other language except English and Tamil.
I was his fortunate deputy. Though I know the English language very well and can converse with anyone, yet his accent and pronunciation being a bit different, every time he spoke, even I had to ask him 2-3 times to comprehend what he intended to convey.

A few days after his joining, the Bank arranged a function at a rural branch which was to be presided over by our Tamil and English speaking Zonal Manager.
The guy consulted me and I told him point-blank that the English language will not be understood to the audience.
On his asking for further advice, I suggested, “ Sir, you start with Greeting people by saying, ‘Waheguru Ji Ka Khalsa, Waheguru Ji ki Fateh ‘ and after that tell the audience that since you cannot speak Panjabi language, your deputy will do rest of the talking.”
He approved my suggestion and started learning the ‘Greetings words’ from me.
Just as a parrot is taught chanting ‘Ram Naam’, I uttered the Greetings words 20 times and made him speak the same an equal number of times.
After that, he appeared to be quite confident and assured me that he will be in a position to do justice to the job on the appointed day.
On the D day, he ascended the stage and lo! Behold! he forgot the words, much to our embarrassment and audience amusement.
Finding that it is becoming a flop show, I ran towards the mike and with all ‘josh’ at my command chanted ‘WAHEGURU JI KA KHALSA, WAHEGURU JI KI FATEH’.
Had he known Hindi language, perhaps this embarrassment could have been avoided, as Hindi and Panjabi languages are conjoined sisters.
The guy was transferred from Jalandhar within 6 months of his joining as a number of valued clients complained to the chairman that they do not understand what the ZM says and the latter does not understand what they say.
Anmol Rattan Narang
80A, Cool Road, Jyoti Nagar,
Gate No.9, Jalandhar

Five tips on how to live with novel coronavirus

200 special trains to run across country starting from June 1