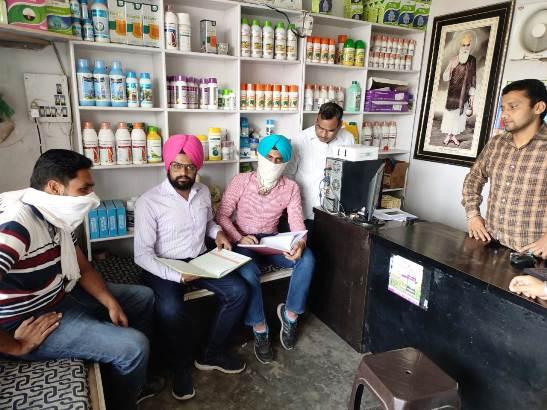 Ferozepur, June 1, 2020:  Acting swiftly on the complaint of a farmer, in a move that would be a warning for selling of spurious seeds, the agriculture department cancelled the license of seed dealer in Ferozepur M/s Singla Seeds Co. Grain Market, Ferozepur Cantt, taking action under the Seed Control Order 1983, Seeds Act 1956 and laws relating to supply of essential commodities, for selling the seeds developed by PAU Ludhiana, in an unauthorized manner. The Ludhiana based authority has also been written to take action against M./s Bimal Kishore and Brother Seeds, Jagraon for supply the seed.

He said, it was found that the firm had sold 125 bags of PR 114 variety of seeds and each bag weighed 24 kg with the tagline of Punjab Agriculture University written on it. He said that only Krishi Vigyan Kendra – KVK – has the authority to sell these seeds and no one else can sell it in the market.

Dr Aulakh said, no stock of seeds was found from the firm’s shop during the inspection, which prevented from taking samples. The Jagraon firm had purchased the seed packets on May 8, 2020 under Bill No. 1476

Meanwhile, the license of the firm has been cancelled by the department with immediate effect and the Ludhiana based authority has been written to take action against the supplier.

Chief Agri Officer, however, appealed to the farmers to immediately lodge a complaint in case they suspect or find the sale f spurious seeds, so that immediate action could be taken.